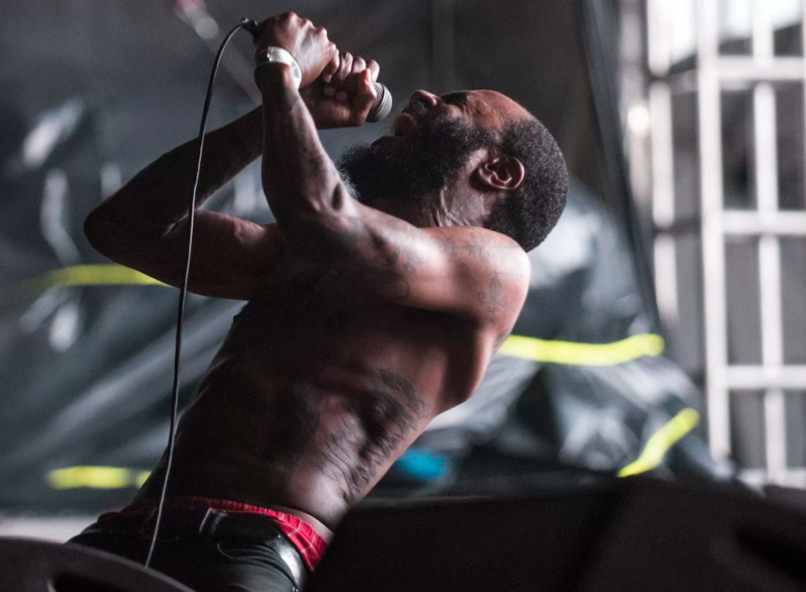 For the last few weeks, Death Grips have been in the studio working on their new album alongside some unexpected collaborators, including Shrek director Andrew Adamson and Tool bassist Justin Chancellor. Now, as FADER points out, the experimental hip-hop trio has shared the title of that upcoming LP: Year of the Snitch.

The name was revealed via a landing page on the band’s website (at the time of publishing, the site was down with a 520 Error). The site also noted the record would be “coming soon.” The album title news follows a Death Grips tweet last night that read “someone snitched.”

We know at least one Star Trek celebrity who must be very, very excited about today’s news.

The forthcoming album would serve as the follow-up to Death Grip’s 2016 full-length, Bottomless Pit. It also follows their “Steroids (Crouching Tiger Hidden Gabber Megamix)” from May 2017 and an 11-minute electronic drum solo they released to promote their 2017 tour.