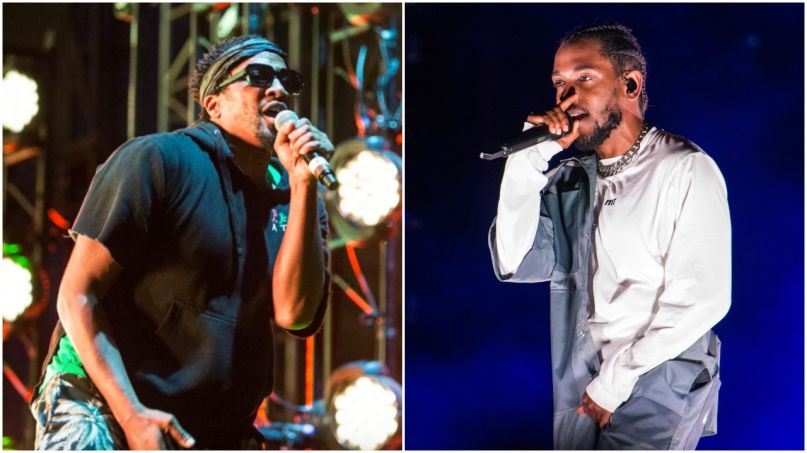 Right on the heels of releasing his star-studded soundtrack for Marvel’s Black Panther, Kendrick Lamar is back with yet another new collaboration. Q-Tip previewed the track last night on Beats 1 Radio, saying the track, titled “Want U 2 Want”, is “not really new” but rather an older collaboration that the duo are just now releasing.

Listen to the vivid, swirling song on the original program here (tune in between the 1:42:00 and 1:59:00 minute marks) or stream an isolated cut of the track below via Vimeo.

Kendirck’s DAMN. just took home Best Rap Album at this year’s Grammy Awards. Q-Tip, on the other hand, was none too pleased with the awards when they snubbed A Tribe Called Quest ‘s 2016 release We got it from Here… Thank You 4 Your service.