Tucker says his co-star, Jackie Chan, " is ready and we want to do this so that people don’t ever forget it" 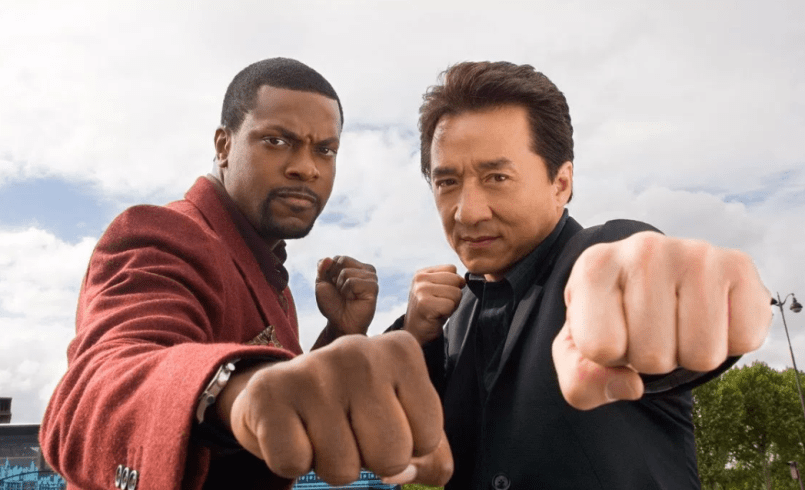 Christ Tucker’s career has been essentially nothing but Rush Hour films since 1998. Sure, he had bit parts in Silver Linings Playbook and Bill Lynn’s Long Walk Home, but if he wasn’t next to Jackie Chan, he wasn’t in a lead role. With this year marking the 20th anniversary of the original Rush Hour, it looks like Tucker is set to reclaim top billing, as he’s revealed he’s ready to make Rush Hour 4.

Appearing on ESPN’s The Plug podcast, the actor was asked about a potential continuation of the buddy-cop franchise. “It’s happening,” he responded. “This is gonna be the rush of all rushes. Jackie is ready and we want to do this so that people don’t ever forget it.”

For his part, Chan has long wanted to do another entry in the series. Last year, he told Los Angeles’ Power 106, “For the last seven years, we’ve been turning down the script, turning down the script. Yesterday, we just agreed… They’re on the second draft. Next year, probably start. I hope. If Chris Tucker agrees.” He added, “We’re all like old men! Before we get old. I tell Chris Tucker, ‘Before we get old, please, do Rush Hour 4!’”

(Read: Revisiting the Retro-Futurist Dreams and Nightmares of The Fifth Element)

If the sequel does go ahead, it likely won’t be with the original trilogy’s director, Brett Ratner. Ratner is one of the many Hollywood elite swept up in the rash of sexual misconduct allegations.

It’s been over a decade since a Rush Hour movie has been in theaters, with Rush Hour 3 opening in 2007 and Rush Hour 2 bowing in 2001. CBS attempted to revive the series as a TV show in 2016, but it only lasted one 13-episode season.

In 2016, news began to spread that Chan would be returning to another of his cross-cultural team-up franchises with Shanghai Dawn. The film would see the Chinese action-comedy star re-teaming with his Shanghai Noon and Shanghai Knights co-star Owen Wilson, with Napolean Dynamite’s Jared Hess taking on director’s duties. There hasn’t been much movement since then, however.