"This one has totally replaced the old one in my mind," Toledo told Rolling Stone of the reworked version 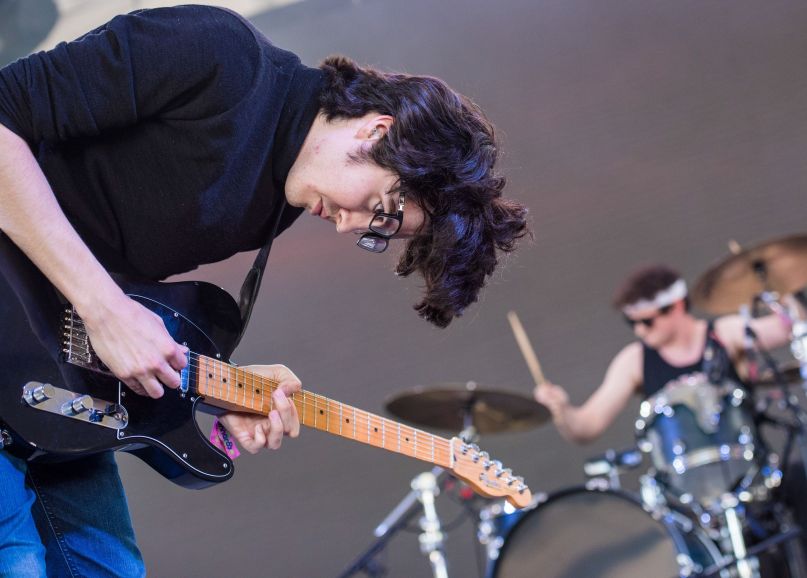 Today, Car Seat Headrest  releases an entirely re-recorded version of his 2011 Bandcamp-issued, quasi-autobiographical album Twin Fantasy via Matador. Subscribers of Apple Music and Spotify can stream below. You can purchase a copy of the album here.

CSH mastermind Will Toledo claims that the album was never a “finished work,” and that he needed both the time and the resources which are now available to him to craft the record he had originally hope to make. “[It] wasn’t until last year that I figured out how to finish it,” he said in a press statement. The reworked version resulted in hours upon hours spent in front of a computer, Toledo relentlessly tweaking the bygone work of his 19-year old self. Word has it it took him eight months of mixing just to get the drums right.

“This one has totally replaced the old one in my mind,” Toledo told Rolling Stone in January. “I was not in the same place then. It felt at times like doing a cover record. The old one is by a different artist that I don’t necessarily like as much as the one I’ve turned into.” Later in the interview, he elaborates, “I kind of felt that these were demos I was recording when I was doing the original thing. I felt like I could re-record it better. So far, it’s worked out.”

The biggest difference, the album’s accompanying statement emphasized, is that Toledo “no longer sees his own story as a tragedy.” Ah, the wisdom of age.

Previously, Toledo has shared the new, 13-minute rendition of “Beach Life-in-Death”, as well as “Nervous Young Inhumans” and “Cute Thing”. Though this has nothing to do with Twin Fantasy, he also released a split single with Smash Mouth in which the bands each covered one of the other’s songs.

Check out the album’s artwork and tracklist below, as well as Car Seat Headrest’s 2018 tour dates, which will find Toledo playing with a seven-piece band.