Film Review: Proud Mary Boasts a Pair of Commanding Performances, But Too Little Else 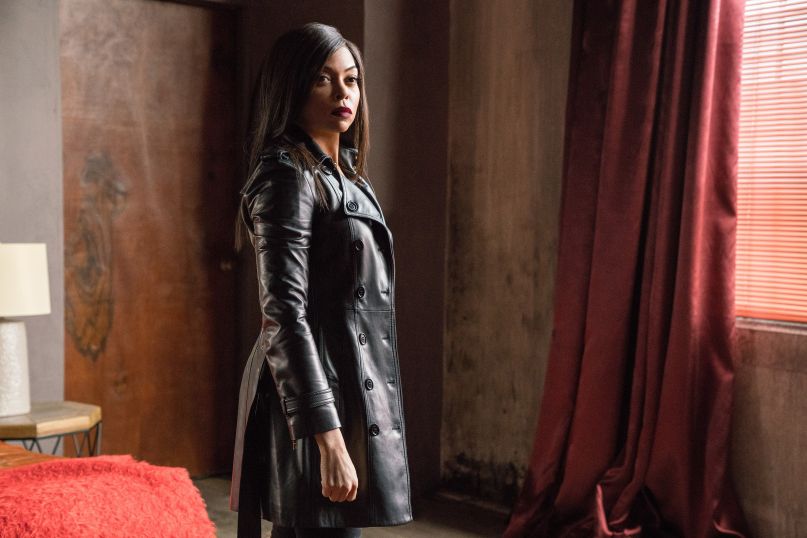 There’s exactly one scene in Proud Mary that delivers the sort of violent, kicky thrills that audiences will spend most of the film waiting to see. Left to fight for her life in a warehouse of mob heavies, Mary (Taraji P. Henson) blasts her way through one faceless goon after the next to the tune of Tina Turner’s cover of the Credence Clearwater Revival track from which Babak Najafi‘s film takes its name. In this one moment, Henson lightly justifies the entire film’s existence, her relentless tenacity as a performer used in perfect harmony with the gruesome litany of headshots onscreen. It’s a scene so sublime in its excesses that it’ll only enhance the letdown of so much of the material around it; for three minutes, Proud Mary becomes the slyly campy, brazen star action vehicle that Henson deserves.

For too much of the rest of the proceedings, it’s hardly the film that many will enter hoping to see. Mary (Henson) is an expert assassin in Boston, working for a long-tenured crime family run by the seemingly kindly Benny (Danny Glover). With a closet full of guns, wigs, and money, Mary lives in a luxe loft overlooking the water, and leads a solitary existence of impersonal, perfectly executed hits. At least, that is, until one job sees her eradicate a bookie with substantial debts to Benny, only to discover an unexpected element: his son Danny (Jahi Di’Allo Winston), a young boy unwittingly playing video games all the while. Rather than tying up the loose end, Mary simply leaves Danny be, and takes to following him around the city as a sort of silent protector.

A year later, Danny has found himself on the streets, running bricks of heroin for the Russian mafia and suffering abuse whenever he skins a few dollars off the top to feed himself. Danny is unnervingly adept with a gun and his wits, but finds himself in situations like the one which leads him back to Mary, when an attempted mugging ends with him passing out from his injuries in an alleyway. Mary takes him in to nurse him back to health, and attempts to resolve his issues with the Russians, but her particular methods of conflict resolution soon lead to her inadvertently kicking off an intra-faction war across the city. Soon the bullets are flying, the stakes are escalating, and Mary’s ex-lover Tom (Billy Brown) begins to have suspicions about this new boy who just so happened to pop into the assassin’s life around the same time that the violence began to escalate.

Henson, ever the magnetic performer, elevates so much of Najafi’s boilerplate direction with sheer presence alone; while the film consistently suffers from the tendency to bathe nearly every scene in maudlin strings and over-exposition, the actress manages to convey multitudes about Mary’s interiority with little more than a sustained gaze. She gives more to the film than the film gives to her at nearly every turn, but she’s not the only performer working overtime to elevate the tired material on hand. Winston makes for a surprisingly engaging scene partner, and while he has arguably an even more thankless job than Henson (as the streetwise child who’s intelligent beyond his years), he brings a commanding presence to their scenes together. Where Danny could have easily wound up as precocious, and Mary as a killer with a heart of gold, Winston and Henson manage to bring a depth to their relationship that the bone-stiff screenplay never truly does.

While the actors’ work is commendable, too little else about Proud Mary rises to meet them. The film whips by at a clip, timing out at a brisk 85 minutes, but the action still manages to drag at points, particularly whenever the film shifts its focus away from the tentative relationship between Mary and Danny and back toward the paint-by-numbers mob warfare story. Outside of the two leads, there’s nary a fully-drawn character to be found, and that tendency leaves overlong stretches of the film feeling tedious despite Najafi’s tendency to sprint from moment to moment without letting much of anything breathe or resonate. Some of the film’s minor beats are effective, such as a profane exchange between Mary and Danny in a high-end clothing store, but Proud Mary situates itself as a gun-heavy action flick first and anything else a distant second, and that mode happens to be its least interesting one by far.