“I wanna say that this government is a criminal organization. Um, uh uh uh uh, FlatEarth.com, please go check that out" 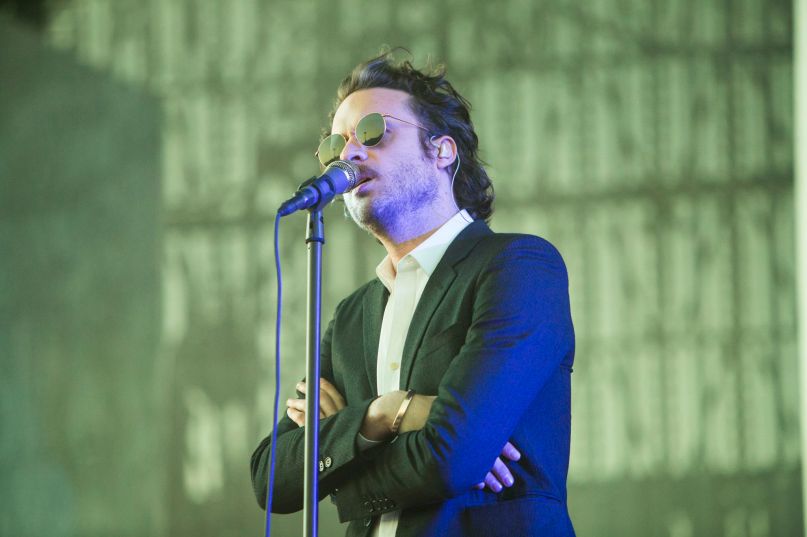 To find the Grammy Awards and their accompanying pageantry vapid and bogus is part and parcel of Josh Tillman’s Father John Misty persona, and the wiseass artist made that clear during a concert last night in Sydney. While his Pure Comedy lost to the National’s Sleep Well Best in the Best Alternative Music category, he did end up tying for the Best Recording Package award with Magín Díaz’s El Orisha De La Rose. Tillman didn’t attend the ceremony as he’s currently on tour, but, days later, he did take a moment to offer up an acceptance speech of sorts.

“Uh, well, thanks. I don’t have a whole lot of time, but, God, fuck, I just wanna say fuck society,” Tillman said onstage. As Pitchfork notes, the rest of his hilarious, rambling speech went something like this: “I wanna say that this government is a criminal organization. Um, uh uh uh uh, FlatEarth.com, please go check that out. And, you know, when I was growing up everyone told me, you know—whether it’s like Mommy, Daddy, the church, schoolteachers, whoever—you know, everybody was always saying that, like, it’s what’s on the inside that matters, you know, and I think that this is really evidence of the fact that it’s what’s outside that matters.”

Watch a clip of it below.

FJM has promised a heretofore unnamed LP for 2018, one that will feature “spritely BPMS” and won’t follow a “pretentious” singular theme as on previous albums. We’ll see if the Grammys end up awarding that one, too. We’re sure Tillman, like, totally doesn’t care.