"I believe the allegations against my father are true, and I stand behind the women that made them," says Ad-Rock 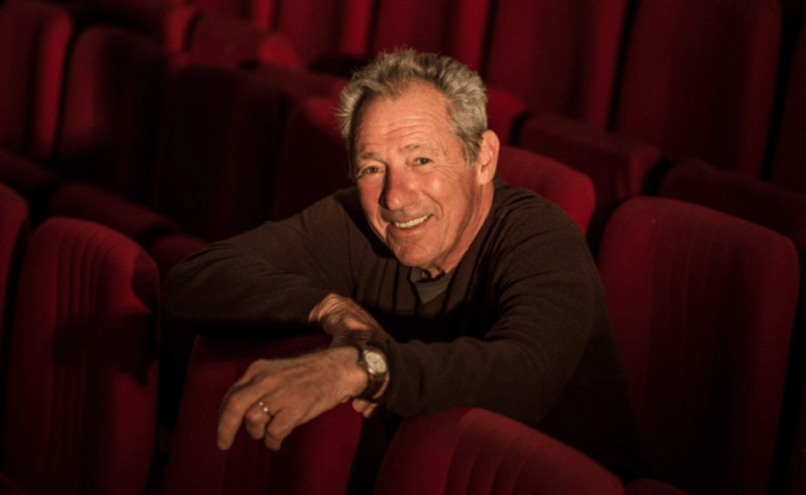 This is actually the second time such allegations have been raised against the 78-year-old playwright. In 1993, the Boston Phoenix ran a story in which 10 women, including seven actresses and Gloucester employees as well as three nannies, accused Horovitz of sexual misconduct. The Gloucester Stage board’s president at the time, Barry Weiner, described the accusers as “tightly wound, if you know what I mean.”

In the wake of the Harvey Weinstein revelations, however, these allegations are being seen in a new light alongside the newly detailed accounts. Things began when Maia Ermansons reposted a Facebook post she’d made in September 2016 detailing Horovitz’s misconduct, this time naming the author as her assaulter. She recalled Horovitz, whom she’d known since she was 11, coming to her apartment last year, when she was 21. He was there to discuss a potential project as a means of helping Ermansons cope with a recent string of deaths. As soon as the door closed, he cupped her breast and commented on how big they’d gotten. He then “tried sticking his tongue in [her] mouth several times,” at one point saying, “Maia, no great woman ever became great by being a good girl.”

(Read: A Running List of All the Dudes Accused of Sexual Misconduct Since Harvey Weinstein)

“I felt close to him like a grandfather, but also he was a somewhat famous guy whose time I felt privileged to have,” Ermansons told The New York Times. “For the man who represented all that, to treat me the way he did, was the ultimate betrayal.”

Once other women got wind of Ermansons’ second post in mid-October, the accusations poured in. Maddie Corman said that Horovitz forcefully kissed her against a wall backstage at an Off Broadway show in 1986 when she was 16 and her mother was dying in a hospital bed hours after having a stroke. Jocelyn Meinhardt, a high school girlfriend of Ad-Rock, said that when she was 19, Horovitz raped her during a summer fellowship in 1989. “He was a good mentor, until he was the worst, probably most nightmarish mentor you could have,” Meinhardt said, adding that they’d had two other sexual encounters that were consensual “in that I didn’t say no clearly.”

Many of the accounts are similar in that they involve Horovitz forcefully kissing and fondling young women and either forcing his hand down their pants or theirs down his. Such was the case in 1991 with Frédérique Giffard, a then-16-year-old au pair; in 1985 and 1986 with Kathleen Nickels, a 21-year-old subscription manager at the Gloucester company; and in 1990 with both Elizabeth Dann and Laura Crook, actresses during a production of Strong-Man’s Weak Child, a play Horovitz wrote and directed.

Another woman, Jana Mestecky, worked as Horovitz’s assistant and stage manger while in her 20s between 1994 and 1996. She said Horovitz would have her drop of scripts at his house and he’d answer the door naked. He would also fondle and grope her at work, saying the female Alabama native “wouldn’t get anywhere with such ‘twisted Southern morals.'”

Horovitz has had a highly respected career in theater. In addition to his work with Gloucester Stage, he made his feature film directorial debut with the Kevin Kline- and Maggie Smith-starring 2014 film My Old Lady. The Gloucester theater parted ways with Horovitz last week after Ermansons’ accusations came to light.

“[I have] a different memory of some of these events, I apologize with all my heart to any woman who has ever felt compromised by my actions, and to my family and friends who have put their trust in me,” Horovitz said in a statement. “To hear that I have caused pain is profoundly upsetting, as is the idea that I might have crossed a line with anyone who considered me a mentor.”

As for his son, the acclaimed rapper minced no words in his own statement. “I believe the allegations against my father are true, and I stand behind the women that made them,” Ad-Rock said.

No apology will ever bring rectify the damage done to these young woman, however. Many of Horovitz’s victims were so scarred by his actions that they left theater all together. “I heard a word used recently about people like this — they’re dream crushers,” said Dann. “He took this thing that was such a beautiful thing, this young hope, this sense of promise, and he just ruined it.”