Simon Kinberg is also part of the negotiations, with eyes on Wonder Woman scribe Allan Heinberg for the script 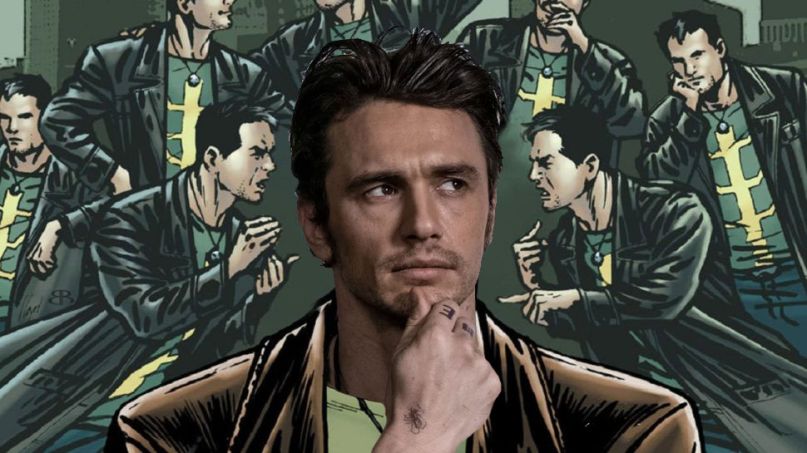 Fox have been trying for years to get a film made centering on one of the X-Men’s most popular characters, Gambit. While that movie continues to slog through development hell, there’s now movement on another, far more obscure character named Multiple Man. And there’s a big-name actor eyeing the lead role: James Franco.

Variety reports that Franco is in negotiations with the studio to star as the title character, aka Jamie Madrox. Simon Kinberg, one of the X-Men franchise’s main architects, is also part of the discussions via his Genre Films. Through his Ramona Films, Franco would also produce alongside his brother, Dave Franco, and Vince Jolviette. Allan Heinberg (Wonder Woman) is being sought for the script.

(Kinberg and Franco are also developing a The Hardy Men feature with Fox that would star the Franco brothers as grownup versions of the classic kid detectives.)

In the comics, Madrox is a “changeling,” a subset of mutants whose powers activate at birth. Madrox’s ability to create clones of himself by sustaining any physical impact was discovered when the doctor spanked him after he was born. He forms an empathic bond with each of his infinite number of duplicates, meaning he feels whatever they feel. Once he absorbs the clones back into himself, he gains any knowledge and skills they’ve learned while roaming about.

Early in his life, Madrox received a specially designed suit from Professor Xavier to help control his abilities. When the suit malfunctions in his teens, he descends slowly into madness. That period of the character’s life seems to be the focus of this new film, though Multiple Man would go on to lead an iteration of the government-sponsored group X-Factor and, eventually, X-Factor Investigations.

Discussions are still on-going, so nothing is confirmed as of yet. In the meantime, the horror-mutant mash-up The New Mutants opens April 13th, Deadpool 2 drops June 1st, and X-Men: Dark Phoenix is scheduled for November 2nd. Gambit, still set to star Channing Tatum in the title role, was recently given a February 14th, 2019 release date — but we’ll believe it when we see it.

Previous Story
Why Justice League Is the End of the DC Extended Universe as We Know It
Next Story
Jai & A.K. Paul emerge with new songs from the Paul Institute: Stream
Popular
More Stories
[fu-upload-form form_layout="media" title="Submit Your Photo"][input type="hidden" name="ugc" value="1"][/fu-upload-form]