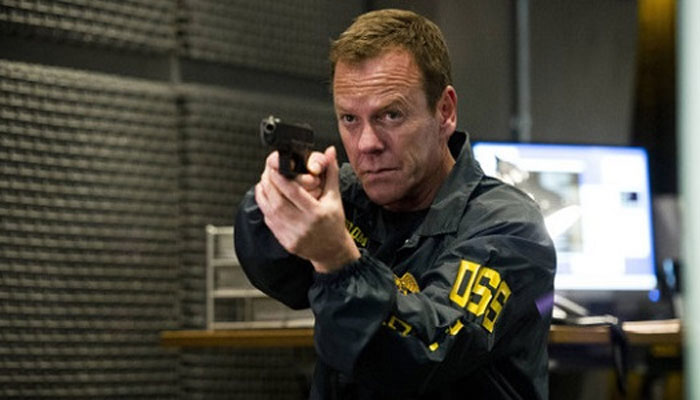 Fox’s 24 was a slam dunk, an eight-season juggernaut with an indelible premise—seasons comprised of 24 real-time episodes followed counter terrorism agent Jack Bauer through one action-packed day. The network has already demonstrated its reliance on the franchise when it revived the property in 2014 with 24: Live Another Day. Star Kiefer Sutherland bowed out for 2015’s 24: Legacy, and the show hasn’t been back since. Until now, that is. Fox looks to be developing another iteration of the show, this one setting aside terrorism by immersing itself into the arena of criminal justice.

Deadline reports that executive producers Howard Gordon and Imagine’s Brian Grazer have made a “script commitment” for the new series, which would center around a female prosecutor. The Killing’s Jeremy Doner is writing the script with Gordon under the eye of 20th Century Fox TV and Imagine TV.

Early details say the show would tell the story of a legal conspiracy, a death row inmate’s imminent execution, and the protagonist’s journey to save him as the clock ticks down. Deadline also reports that the series would be “anthological,” with a new world and new characters each season.

In August, Fox chairman Dana Walden forecasted this approach at TCA. ”We are really exploring what the future, the next version of 24 might be, maybe in more anthological storytelling,” he explained.

“The same kind of ticking-clock format but apply it to something else,” then-Fox Entertainment president David Madden said at the same event. “It will have the same urgency but may not be set in the CTU, it will have same style and urgency but in a different venue.”

Criminal justice? Anthology? These are the current trends in TV, and Fox has certainly been paying attention.