by Brooke Baitinger and Travis Acker 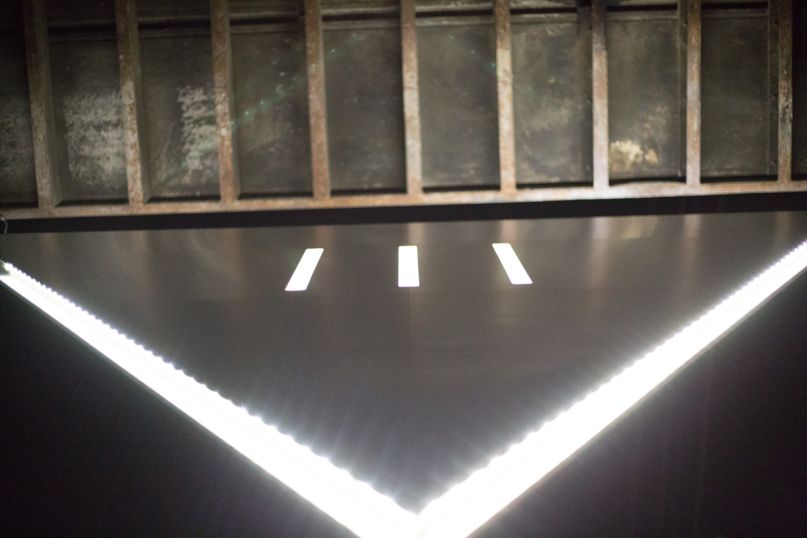 III Points Music, Art, & Technology Festival returned to Miami’s Mana Wynwood, bringing a bigger-than-ever production featuring cutting-edge visual art, innovative technology, and acts that Miami music fans have been waiting to experience. To capture the energy, we sent reporter Brooke Baitinger and Bedside producer Travis Acker to focus on what makes the festival such an integral alternative for music fans.

Brooke Baitinger: III Points fans are fearless. Each year, the music festival turns Miami into an intimate haven for locals, travelers, and similar revelers. This past weekend was no exception: Everywhere you turned, there was someone lost in the moment. On Friday night, one dauntless girl clad in white scaled a shipping container off to the side of the Mind Melt stage, all so she could catch Gorillaz from her own perch. Rather serenely, she surveyed her little kingdom below, swaying slightly to the rhythm up on top of her own Melancholy Hill. While nearby festival staff eventually did coax her down, it was impossible to shake such a beautiful, bold, and tranquil moment, especially when you consider all the chaos out there in the world.

“Music can be transportive,” says Elizabeth Ann Clark, the local electronic musician known as Virgo. She’s not wrong; that’s more or less the conceit of the South Florida event. Take, for instance, the warehouse-sized room that housed the Main Frame stage. Engulfed with multi-colored mannequin torsos encased in clear plastic boxes, the whole scene was this neon wonderland, so bright and beautiful that it forced everyone away from their own personal anxieties and fears. Even the entrances were a transmutative experience: towering archways made of equally towering shipping containers with mirrors that would refract shards of light as the heavy bass boomed from down the halls. It was like being swallowed by the music.

But nobody was ever alone. When looking at the flesh and blood of this festival, friendship was actually quite contagious. People actively opened their conversations to their nearby neighbors; it all felt very utopian if not surreal. Each night, people were laughing, jumping, and spinning — not alone, but together. It was a very beautiful thing to watch so many music enthusiasts embrace the festival as a whole, and seeing how the festivities sold out, at least according to PR director Lauren Perlstein, the proof is right there in the pudding.

In a way, III Points became this home-of-sorts for three solid days, providing this cozy albeit thrilling sanctuary. At III Points, people refused to let fear become the new normal. Instead, this beautiful cocktail of diversity– from the talent to the attendees to the art — became the norm. It’s what made this festival such an inspiring experience, especially to those who helped build it. “I’m grateful to so many awesome people in Miami who vibe with what our music scene as a whole is doing,” says local producer Mike Diaz, aka Millionyoung. “They are integral in making this festival what it is. I myself couldn’t have been where I am now without the support I’ve had both from Miami … and beyond.”

III Points as a GIF

Travis Acker (of Bedside): Having attended the festival for all five years, this year felt like the III Points vision had truly come to fruition. It’s funny, what used to be an underground warehouse party now takes place on a grand main stage, featuring an eight-foot disco ball suspended in the air by a crane. How did we get here? Well, while 2016’s installment did offer a few bumps in the road —that is, Mother Nature or Hurricane Matthew for short. All of those challenges inevitably set the stage for an immensely successful 2017, which means an even more successful music scene. I mean, come on, with 2016 headliners like LCD Soundsystem, M83, and Thievery Corporation — III Points went from this niche regional fest to a national scale festival with a strong lineup. It felt overnight … and while the headliners brought the attention needed to grow the festival to its current sold-out status, the festival refuses to ignore the locals who have helped carry III Points on their backs. All those local movers and shakers are still present. They’re still here. That’s such a significant change.

III Points has always done an amazing job at including local talent. Stages like Door IV and the White Dragon feature the best promoters/DJ crews that Miami has to offer. Each night, a different promoter brings their elite group of talent from Miami, as well as a guest who’s performing at the national and/or international level. This pushes the DJs to prepare something different than what they would traditionally play at their weekly gigs. This is what makes III Points so special. It’s where everyone brings their A game to showcase all of their creativity and individuality. And much of the festival’s staying power is its ability to include Miami’s creative community in a way that opens a window into what we’ve cultivated, all in a well-curated and well-organized manner. The local musicians, visual artists, radio stations, promoters, DJs, chefs, bars, designers, production companies, and brands carry the festival, bringing the best of what they have to offer. III Points is meant to be for the people by the people of Miami.

Miami is a very special place. At any given intersection, you’ll see people of all races and cultures passing through. In its underbelly, Miami has people whose families are from all over the world but choose to come to Miami for a better life. These people bring their traditions with them, which fuse with the other cultures around them. This fusion is what makes Miami one of the most interesting cultural melting pots in the world, and there’s no better example of this fusion than the Miami music scene. III Points is essential to the Miami scene because it provides a platform to showcase the extraordinarily diverse talent that Miami has to offer. The festival brings together many entities that are running parallel to each other, but don’t find enough opportunities to intersect. III Points pushes producers, DJs, and live bands focused on the future of music to interact while showcasing the best and most creative aspects of what they do while looking to remain authentic to themselves. As far as Bedside is concerned, Trace and I are here to stay and couldn’t be more excited to a part of this growing, thriving, eclectic, amazing music and art scene. Funky power to funky people.

Bedside, is a Miami-based horn-driven producer DJ duo. Travis Acker and Trace Barfield are performing musicians and multi-instrumentalists whose focus on electronic music production drive Bedside’s high fidelity yet organic sound. No stranger to a dance party, they both have kept dance floors moving from their early days in punk and ska bands to grooving festivals in funk bands. Their utilization of live elements such as improvisational trumpet and bass provides an exciting live set while never missing a beat

Bedside is excited to release their latest single “Get Off” featuring Mike Mineo. After closing down the Sector3 stage with Mineo last year at III Points, the duo teamed up with Mineo for their first collaboration of many. Blending Mineo’s pop sensibility and Bedside’s electronic production, the track explores the cross sections of electronica, future funk, and R&B, taking you on a journey of a young relationship full of ups and downs and the addiction we feel for passionate relationships.