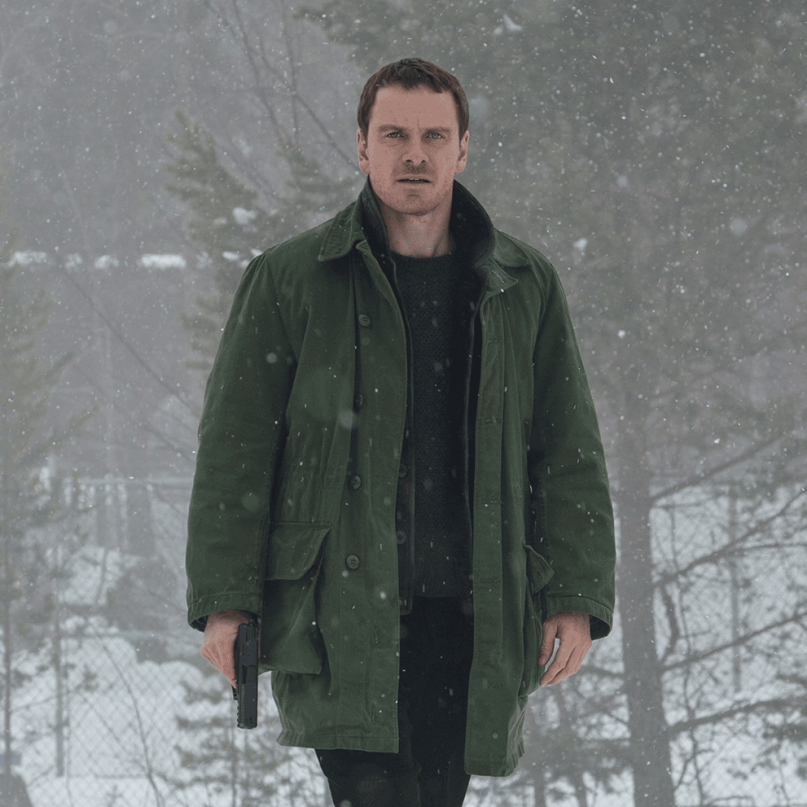 To quote Michael Fassbender’s Detective Harry Hole, “I know how much you want this, but you can’t force the pieces to fit.”

Oof. When a film’s reputation behind the scenes is more interesting than the finished result, that’s not a great sign. Yes, a review should be an appraisal of what’s onscreen, we know. But have you heard about the madness behind the making of Tomas Alfredson’s The Snowman? Reshoots. Changed composers. A new, Oscar-winning editor. Footage from the trailers and marketing left out of the final cut. And most damning of all, during the film’s publicity tour, Alfredson has all but given up on defending his film. He’s stated that the project was rushed into production. 15% of the script was left un-shot, allegedly. Norwegian critics have already seen the film, and dinged it so severely (especially on geographical flaws) that Alfredson went on radio to claim, “I don’t give a shit.” And you can absolutely see that haphazard creative process onscreen.

It’s a pity, because in spite of all that nasty business, The Snowman has a few interesting tidbits, genre riffs, and memorable images to boot. A drunk and somewhat dim detective? Now that’s something interesting that echoes and warps the history of P.I. flicks. But the minced scenes, impenetrable logic, and obscene amounts of badly tacked-on exposition that scream editorial nervousness? The end result is a finished product which smacks of Universal optioning a hot Scandi novel, losing enthusiasm for it during development and production, and leaving audiences with the remaining carrots and coal.

Here goes a best attempt at piecing together this slippery, collapsible narrative. The name’s Hole. Harry Hole. (It’s pronounced “Hoo-la” in Norwegian, but admit it, saying “HOLE” is just funnier, and the film adheres to that.) Fassbender is this “legendary” Hole, the star of 11 popular Norwegian crime novels by Jo Nesbø. The Snowman was arguably the beneficiary of Stieg Larsson’s Millennium trilogy finding success in the U.S., and a wave of Scandinavian crime novels subsequently being read by people like your dad.

Hole is introduced while passed out in the frigid cold of Oslo, with nothing but his coat and an empty bottle of vodka to protect him. Fassbender goes full sad-sack, as he aimlessly wanders the streets during the credits, stumbling to work. He stares at his ex-girlfriend, despondent and forlorn, with the kind of tonally laughable glumness of an “I’m sorry” Hallmark card. At work, he prefers to eat and smoke alone, with only the bags under his eyes to accompany him. So sad, this bottomless Hole of despair. When chastised by his commanding officer (Ronan Vibert) for being a lout, Hole begs for a case. Hole’s boss sardonically replies, “I apologize for Oslo’s low murder rate.”

But trouble comes to town, as it always does in these films. The killer’s m.o., or rather, his shtick? Not face-eating. Not an obsession with the seven deadly sins. The murderer leaves snowmen at the scenes of crimes. Lifeless, awkward, mildly snicker-inducing snowmen. (They’re presented with such over-stimulated photography, jagged editing, and ludicrously ominous music that discussions of the film as a possible future piece of cult fodder are not off-base). Luckily, this being a wintery Norway-set thriller, there’s no risk of that calling card being immediately lost. Hole’s on it.

Also, the killer is leaving teasing notes for Hole, about how he could’ve saved the victims. Also, the killer goes after moms who are, we’ll say for simplification, less-than-monogamous. Oh, and the killer likes to cut off heads using a wire gun that makes eerie twirling sounds. Sheesh. Pick a high concept and stick to it.

The rest of The Snowman plays like Connect Four, perhaps Forty, with ice cubes. Just when things start to make sense, or at least there’s an idea or a focal point that sticks, the logic vanishes anew. Intrigue outweighs insight, and the cat-and-mouse hunting feels half-hearted. Harry is partnered with Katrine (Rebecca Ferguson, so deserving of better roles), a new homicide detective. With secrets. The duo questions an ornery husband named Filip (James D’Arcy). With secrets. Harry and Katrine zone in on a pervy pair: Arve Stop (J.K. Simmons), a business magnate trying to lure an Olympic event to Oslo, and Dr. Vetlesen (David Dencik), an amateur pimp for high rollers. Both have secrets. There’s a backstory that might tie into the Snowman killings, involving a suspended detective named Gert Rafto (Val Kilmer), told through flashbacks. He too has secrets.

The Snowman offers little beyond lily-white landscape pornography, layering snow atop red herrings. “What lovely trains and roads the Norwegians enjoy,” you’ll say before the next clue is partially revealed. It’ll leave you pining for the fjords. But that’s not what The Snowman seems to be chasing. It wants to capture a dread-inducing cold.

The biggest culprit in the film’s failings is the scattershot editing, and how the film’s disparate elements refuse to coalesce. Here’s where the aforementioned creative flux is felt. You can see the parts, and they’re certainly intriguing. Alfredson’s detached, abstract eye from Let the Right One In and Tinker, Tailor, Soldier, Spy is still present. He uses Dion Beebe’s (Chicago) camera to create a saturated, snowy, smoky environment with rigid, awkward angles that are slickly effective. Or at least, they are within their micro-moments of time onscreen. All of the film reads like flair. Any resonance is killed with rushed pacing. A shot of a little girl in a donkey mask could be a curious challenge if protracted, but here it’s quick, and amounts to little more than affectation. Each snowman has coffee bean lips. Neat. But why does it feel ornamental, rather than instrumental? To what do all these pieces amount?