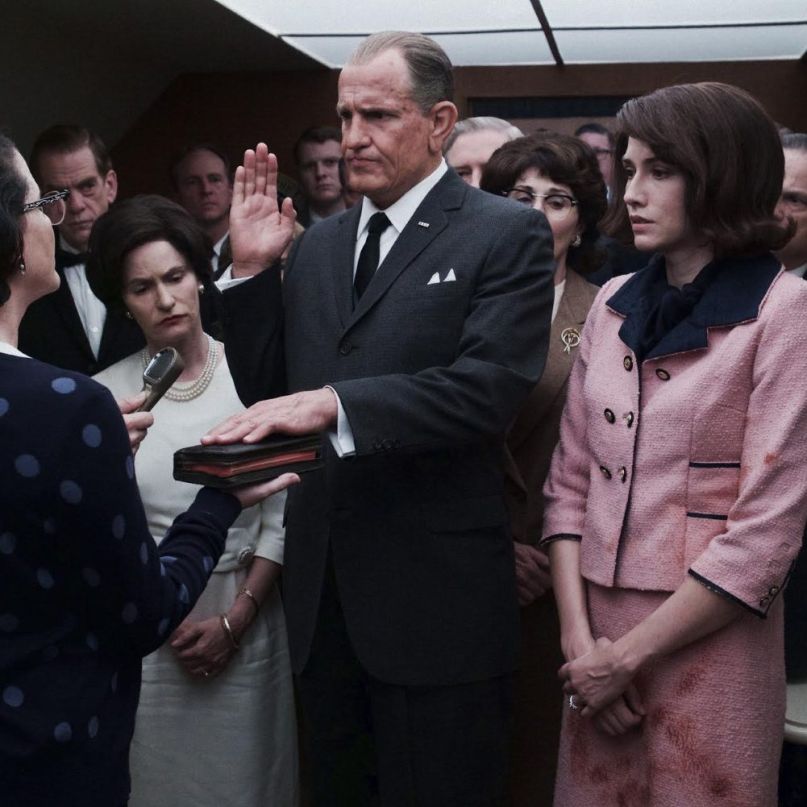 For those unversed in the nuances of political and legislative history, Lyndon B. Johnson is typically remembered for three things: Stepping in as president after the assassination of John F. Kennedy in November, 1963, his general ambivalence about the escalating war in Vietnam (“Hey, hey, LBJ, how many kids did you kill today?”), and publicly announcing that he wouldn’t be running for a second term. Peer past the sensationalist aspects, however, and you’ll find one of the most accomplished politicians in US history — in addition to helping build the bones of Medicare and NPR, Johnson is also partly responsible for the Civil Rights Act of 1964, a huge step forward in the fight for racial equality.

It’s that last bit of legislation that serves as the backbone of Rob Reiner‘s new film about the president, one that’s — thankfully — not a biopic in the traditional sense. LBJ isn’t concerned with the arc of Johnson’s life so much as it is with his tumultuous, unexpected journey to the Oval Office and the stark contrasts that distinguished him from Kennedy. In this world, Johnson is positioned as the do-er against Kennedy’s dreamer, and great pains are taken to show how Johnson’s bullish nature resulted in an astounding amount of forward momentum. Along the way, he wins over Texas senator Ralph Yarborough (Bill Pullman), spars with Georgia politician Richard Russell Jr. (Richard Jenkins), and has a number of pleasant conversations with his wife, Lady Bird (Jennifer Jason Leigh). Any mention of Vietnam is saved for the film’s post-script.

Woody Harrelson aims for Oscar gold with his chewy portrayal, which is as broad as his makeup is obvious. Far from the slight, nuanced take one expects from presidential portraits, Harrelson’s performance is heavy on bombast and humor, which is appropriate for a man who was reportedly “obsessed with his dick” (he calls it “Jumbo”). But though Harrelson’s performance is nothing if not memorable, it lacks dynamism. His tone and cadence, though booming, becomes familiar as the film barrels on, and the plasticine nature of his prosthetics is distracting (the same goes for Leigh’s fake nose, which makes her nearly unrecognizable). It’s a good performance, but not a layered one.

Dynamism is lacking in the story as well, which oscillates between blustery conversations about interpersonal politics and rote scenes that feel tailor-made for classroom discussions. Reiner’s emphasis on legislation distinguishes the film on a macro level, but the story sometimes feels as if it’s on a rail, as if Reiner didn’t want to get in the way of the history he’s depicting. Joey Hartstone’s script occasionally touches on Johnson’s real-life inferiority complexes and penchant for paranoia, but those moments rarely ripple into the actual story. Instead, they’re relegated to hushed chats with Lady Bird, grist for the Oscar clip.

Johnson’s political conflicts bear a little more fruit. His strained relationship with Bobby Kennedy (Michael Stahl-David) in the aftermath of John’s death delves into some interesting and heretofore unexplored pathos, while his complicated friendship with Russell is colored by the Georgia senator’s pride in the country finally having a Southern president. That latter dynamic feels especially ripe for exploration, but Reiner ultimately simplifies their conflict a bit too much by hinging it on the issue of race.

It makes sense that race would come to dominate the film’s climax, what with it centering around the Civil Rights Act, but an imbalance is created by the film’s hard turn into social justice when its first two acts are more so centered around discourse and character. One can assume Reiner made the movie with our current times in mind — he’s no Donald Trump fan, after all — and wanted Johnson’s climactic speech to serve as a reminder of just how long we’ve been fighting for equal rights. But while it’s a beautiful speech, it doesn’t quite feel like the apotheosis we expected from Johnson himself, at least in terms of the film’s first two acts. Johnson was hard to know in life, and as LBJ proves, he’s equally as hard to know on film.

When looking at it through a modern lens, what resonates even more than the film’s commentary on race is the reminder that we once had a president capable of actually creating and passing legislation. Isn’t that what politics are about? Using the power of one’s position to pass laws and create change? Our political parties have become so divided in the last several decades that the concept of one passing as many pieces of legislation as Johnson did is cause for laughter.

As LBJ shows, there’s plenty to celebrate Johnson for, but his ability to actually get shit done should be at the top of the list. If there’s one thing Reiner gets right here, it’s that.