Known for his penchant for exposing his genitals, Dick's inappropriate behavior is no longer being tolerated in Hollywood 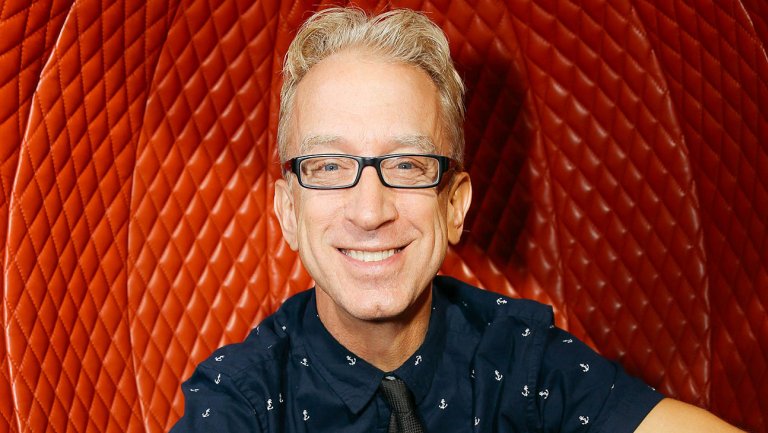 As more and more women are stepping forward to speak about the harassment they’ve endured in Hollywood in the wake of the Harvey Weinstein scandal, one can imagine a few controversial souls who might be quaking in their boots, just waiting for their chickens to come home to roost. Comedian and actor Andy Dick, for example, has a long history of sexual misconduct, with his penchant for genital exposure and groping as well-known as his countless battles with substance abuse. Unsurprisingly, many would say, Dick’s behavior just got him kicked off a movie.

The movie is Raising Buchanan, a comedy about a woman who steals the corpse of former US president James Buchanan, and Dick recently spoke to The Hollywood Reporter about why he was let go. Multiple sources say that Dick was known on set for “groping people’s genitals, unwanted kissing/licking and sexual propositions of at least four members of the production.” Dick denied groping anyone, but not his penchant for kissing and licking, which he frames in the context of his personality.

“I didn’t grope anybody,” he said. “I might have kissed somebody on the cheek to say goodbye and then licked them. That’s my thing — I licked Carrie Fisher at a roast. It’s me being funny. I’m not trying to sexually harass people.”

As for the propositions, he said, “Of course I’m going to proposition people. I’m single, depressed, lonely and trying to get a date. They can just say no, and they probably did and then I was done.”

“I don’t know the difference between sexual harassment and trying to get a date,” he continued. “In the ’70s, all the girlfriends I got was by kissing and licking their cheek. I don’t know anymore. There were beautiful women and beautiful guys on the set. I flirt with them. I might kiss someone on the set and ask them to go to dinner. They are the ones that took it south.” The problem here is that the one being accused of harassment isn’t the one who gets to decide whether or not it was harassment.

Some crew members also called his sobriety into question. Though he claims to have been sober for two years, he cited a recent medication mix-up for some of his erratic behavior on set, which include showing up unprepared and unmemorized.

Dick also claimed that in discussions of the Weinstein scandal, he angered the filmmakers by defending the embattled mogul, with whom he made two films. “They were so incensed by what I was saying. People are so sensitive,” he said, but didn’t go into what he actually said.

Comments like that, it’s safe to say, won’t do him in any good in trying to move past this situation.

Update: Dick has been fired from a second film, a horror comedy called Vampire Dad, following allegations of sexual misconduct earlier today. According to a letter from the movie’s producer Kathryn Moseley, obtained by The Hollywood Reporter, Dick had also participated in similar behavior on her movie set. She didn’t elaborate on the alleged actions, but said that Dick was led off the set due to “multiple, flagrant acts of improper conduct and inappropriate contact with several cast and crew members,” and that an investigation was already underway by a Beverly Hills law firm.