Wait! Music Festival Season Isn’t Over! Where to Catch the Biggest Headliners This Fall

Don’t put away the fanny packs and cutoffs just yet 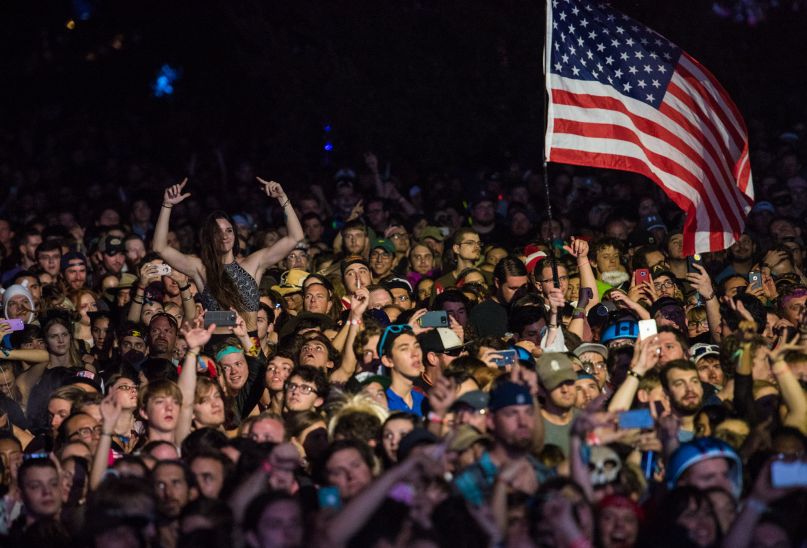 This article is sponsored by Vivid Seats, your No. 1 source for Sports, Concert, & Theater tickets.

The end of summer used to mean music festival fans had months to wait to catch some of the industry’sbiggest performers take the stage when the next years’ events rolled around again. Now, with so many sold-out spring and summer events, organizers are capitalizing on cities with great fall weather and bringing in heavy-hitting headliners, giving fans yet another chance to see some of their favorites. So, don’t put away the fanny packs and cutoffs just yet. There are still plenty of music festivals for catching today’s chart-topping artists in this emerging Fall Festival Season.

This “entertainment and arts experience” would prefer not to be called a festival. Rather, this three-day “adult escape” offers much more than the typical music fest, with an on-site comedy club, spa services, art exhibits and even a pool and cabanas (at an extra cost of course). The eclectic music lineup includes Tom Petty, Kesha, Jane’s Addiction, Pete Yorn, Pink and Red Hot Chili Peppers among many other chart-topping artists.

This annual all-day music and food festival, now in its 32nd year, has showcased major artists since its inception in 1985 as a benefit to support and promote family farms. Willie Nelson, Neil Young and John Mellencamp organized the very first Farm Aid and are still headlining the event today. Dave Matthews, Sheryl Crow, Jack Johnson and The Avett Brothers are also among the performers who will take the stage during this one-day event outside Pittsburgh, an aptly chosen site with the state’s economy driven largely by agriculture.

Debuting in 2013, this three-day event entered the festival scene with top-tier musical performers, speakers, artists and culinary talent. And with acts this year including Chance the Rapper, Muse, Gorillaz and Lorde, the streets of downtown Las Vegas will undoubtedly be the center of Sin City for this September weekend. Getting in on the fast-growing trend of comedy acts at music fests, this event will feature up-and-comers hoping to make their mark on this new concert-comedy circuit.

This third weekend in September is a big one, both downtown and on The Strip. Some of the biggest names in music will come together at the T-Mobile Arena to entertain a packed house at this star-studded iHeartRadio event, with headliners including Coldplay, the Weeknd, P!nk, DJ Khaled, Miley Cyrus, Kings of Leon, Lorde, Kesha, Harry Styles and Chris Stapleton. And just as Nevada temps start to cool down in the fall, iHeartRadio also takes fans outside for performances at its Daytime Village for this non-stop weekend-long party.

When you’re “the live music capital of the world”, you better put on a good live music festival. And fans who have been to the ACL Festival will tell you, this event does not disappoint. The food, art market, kids’ mini-fest, art installations, cool photo opp locations, free swag, giveaways, and special activities throughout the grounds make it fun for the entire family. And with headliners like Jay-Z, the Red Hot Chili Peppers, Chance the Rapper, The Killers and Gorillaz, among several dozen other acts, this southern city is sure to live up to its slogan.

Autumn is the perfect season for an outdoor music experience in the Big Easy. And with Halloween on its heels, the Voodoo Music and Arts Experience will undoubtedly unleash the creativity intended for this ghoulish fall holiday. The self-described “musical gumbo” that fans will get a taste of includes music, art, community, cuisine and all the mystery and adventure that Halloween weekend in New Orleans conjures up. The 65 bands include headliners Kendrick Lamar, The Foo Fighters and The Killers, and in between sets there’s plenty to do from large-scale immersive art installations to the Brew Dat Beer Hall and Marketplace