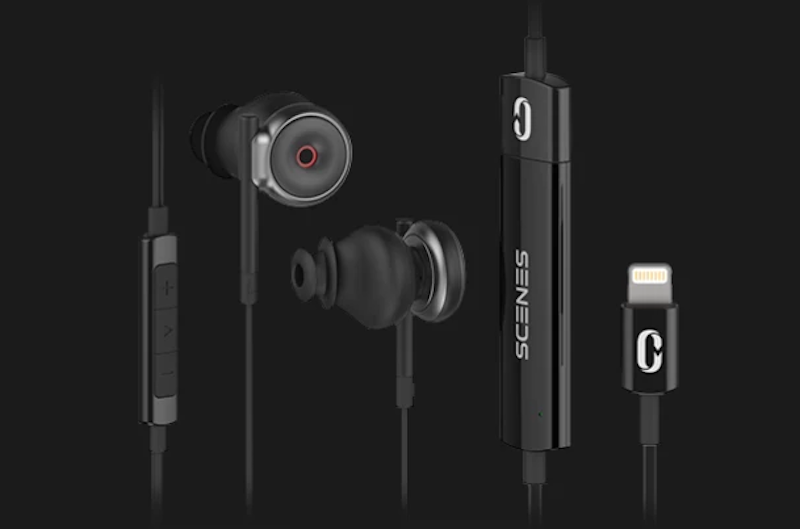 Audio isn’t something we typically think about has having “dimensions,” but it actually does. Most things we listen to on our headphones are standard 2D audio, where the sound is centralized and consistent. 3D — or binaural — recordings, on the other hand, sound like they actually have direction, giving them a more lifelike experience. You’ve likely heard this before, listening to something that sounds like it’s moving behind you or panning from one side to the other. Now, you’ll actually be able to capture binaural recordings right from your headphones with the Likelife Scenes earbuds.

Likelife is being billed as “the world’s first 3D audio recording headset,” . (Update: It’s been pointed out to Consequence of Sound that Lifelike is misrepresenting itself by saying it’s the first 3D audio recording headset. That distinction goes to Hooke Audio.) The earbuds have microphones built in and connect to a Digital Box with a built-in high fidelity processor. While you’re wearing them, your own head acts as a focus point as the mics capture panoramic audio. There’s even a neat little stand that you can use to record without having your ears plugged up. Once you’re finished recording, the 3D sound can be experienced with any brand of headphones or earbuds. Of course, the Scenes themselves function as high-quality headphones, too.

It can take hundreds or thousands of dollars of equipment for professional audio engineers to capture the kind of sound Likelife Scenes make possible right from your iPhone. They’re completely plug-and-play, are charged directly from the iPhone itself, and the audio is supported by standard social apps like Twitter and Facebook. You can even live stream through YouTube or Periscope in full binaural audio.

The fact that they’re only compatible with iPhone 7 models and drain your phone’s battery to power themselves are slight knocks against their universal appeal. Still, the audio you can capture is pretty astounding, as you can see in the sample videos below. Pre-orders for the Likelife Scenes are going via an IndieGoGo campaign and are currently listed at an early-bird price of $79.