Sean Spicer made a surprise appearance at 2017 Emmy Awards, and everyone cringed

"This will be the largest audience to witness an Emmys -- period." 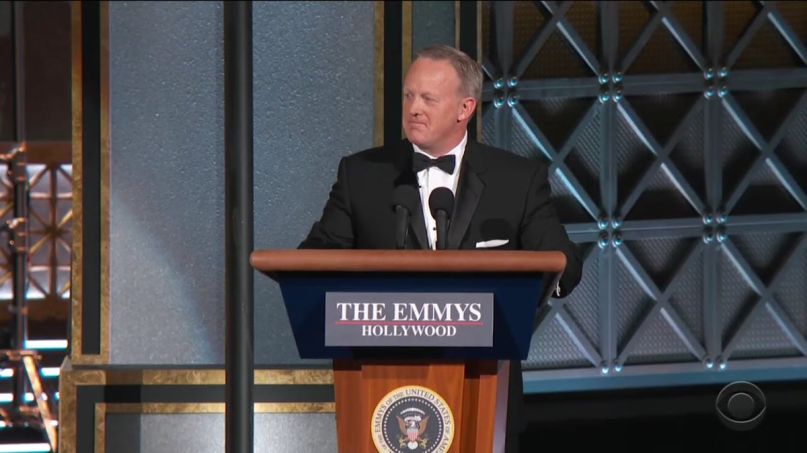 Former White House press secretary Sean Spicer made a surprise appearance at the 69th annual Emmy Awards. During host Stephen Colbert’s opening monologue, Spicer rolled out a podium to announce, “This will be the largest audience to witness an Emmys — period. Both in person and around the world.”

“Wow, that really soothes my fragile ego,” Colbert said in response. He then thanked “Melissa McCarthy.”

. @seanspicer at the #Emmys pic.twitter.com/IMUiK8MMlK

Sean Spicer sold his soul to work for Trump and repeatedly lied from the podium. Hilarious!