"They shouted, 'Guilty! Guilty!' like the religious zealots in Game of Thrones chanting 'Shame! Shame!'," she writes 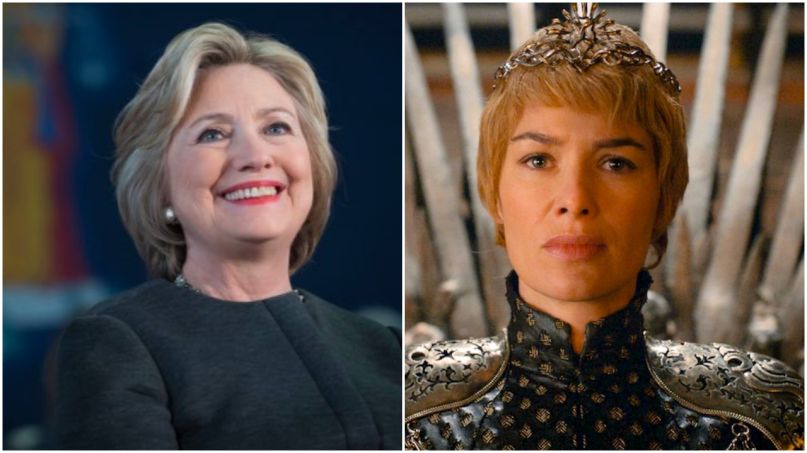 Today, Hillary Clinton releases a new book, What Happened, which aims to break down how the longtime politician lost the presidential election last year to Donald Trump. In an excerpt shared by a Breitbart writer on Twitter, Clinton unfortunately compares herself to Game of Thrones’ Cersei Lannister when it came to the way she was treated by Trump supporters. She particularly cites the scene wherein Cersei, accused of adultery and incest, is forced to walk naked through King’s Landing.

She writes, “Crowds at Trump rallies called for my imprisonment more times than I can count. They shouted, ‘Guilty! Guilty!’ like the religious zealots in Game of Thrones chanting ‘Shame! Shame!’ while Cersei Lannister walked back to the Red Keep.”

Had Clinton actually seen Game of Thrones, she might have realized that, despite Cersei undoubtedly being a sympathetic figure in that moment, she’s more or less served as a ruthless villain throughout much of the series’ run. This whole thing is a gift to the Trump supporters, who didn’t hesitate to serve up takedowns like this.

Why Hillary wanted to invite the comparison to Cersei in her "What Happened" book about the election I'll never know https://t.co/QcnuqEIcjf pic.twitter.com/q8bqVPwVo4