First-ever concerts from The Beatles, The Smiths, Depeche Mode detailed in new infographic

They may be in the rock music history books now, but these bands' early years were anything but glamorous 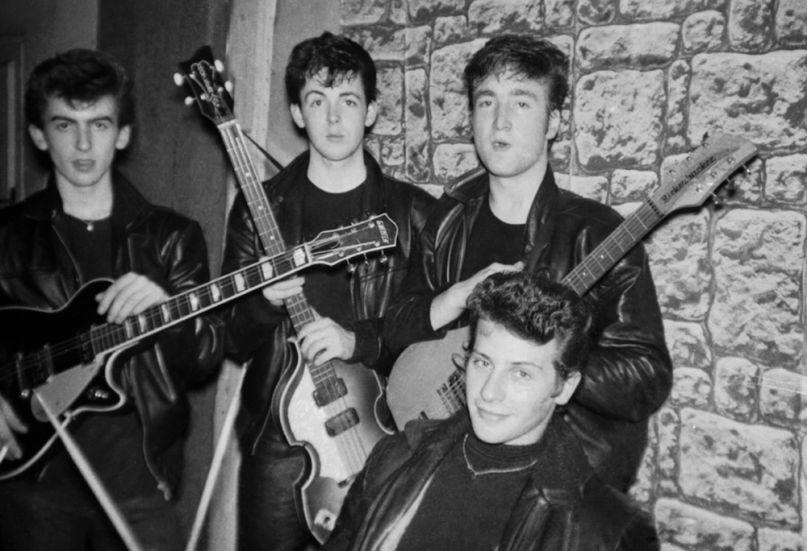 Photo by The Beatles circa 1960

Before cementing their status as music legends, bands like The Beatles, AC/DC, The Smiths, Pixies, and Depeche Mode had to start small. We’re talking the kind of small that means dingy basements, paltry crowds, and even paltrier paychecks.

Hometogo, a website that lists vacation rental spaces, recently turned back the hands of time to research these groups’ first-ever concerts. Through a neat infographic they’ve put together, it’s clear to see that this rite of passage, though necessary for any fledgling act, is anything but a slice of the glamorous rock ‘n’ roll lifestyle. You can even take a Google Maps Streetview look at the venues themselves.

We’ve included a few interesting tidbits below; head here for the full graphic.

The Beatles played their first gig at the Indra Club in Hamburg, Germany in 1960, but noise complaints from neighboring residents frequently disrupted their nearly five-hour set.

AC/DC first took the stage in 1973, playing a Sydney spot called Chequers Nightclub on New Year’s Eve. Though they brought the energy, it proved to be too much for those in charge, as the power was apparently cut every 20 minutes.

In 1983, The Smiths had their live debut at the famed Hacienda nightclub in Manchester. There was said to be confetti and a flexible Morrissey, who sang while upside down with his legs in the air.

Depeche Mode’s first-ever public performance took place at their rehearsal space… which also happened to be a school in Basildon, Essex. Their audience? A group of nine-year-olds who loved tinkering with synths.

Pixies went on to become alt-rock legends, but they started out playing for friends and family at Boston’s long-defunct club Jack’s. Though technically the band’s first gig, it wasn’t actually under their official name, as they were mis-billed as “Puxies.”