The actor joins Christian Bale, Amy Adams, and Steve Carell on the project 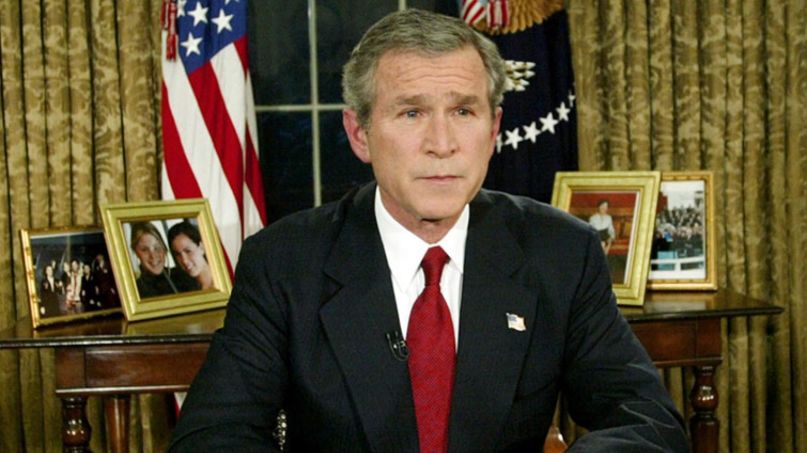 Earlier this year, we reported on how Adam McKay was gearing up to continue his post-Big Short momentum with a likely non-objective look at the life, times, and unprosecuted war crimes of former Vice President Dick Cheney. Initial word said that Christian Bale would be performing his latest onscreen transformation as the onetime veep, Amy Adams would play his wife Lynne, Steve Carell would be stepping in as Donald Rumsfeld, and Bill Pullman would play fellow former VP Nelson Rockefeller.

As the film, currently titled Cheney, prepares to go into production later this month, more names have emerged, including a pretty crucial one for any story of the Halliburton CEO-turned-alleged puppetmaster of the eight-year Bush adminstration. The Hollywood Reporter has announced that after previously being portrayed onscreen by Josh Brolin in W., former president George W. Bush will next be interpreted through journeyman character actor Sam Rockwell. Rockwell will next appear in Martin McDonagh’s Three Billboards Outside Ebbing, Missouri later this year, but his chameleonic ability to disappear into a role will serve him well in portraying one of modern America’s most frequently lampooned presidents.

After making his fame with films like Step Brothers and Anchorman, McKay’s hard swerve into a darker and more documentary-tinged sort of comedy paid off with a Best Picture nomination, so it’d be an understatement to say that we’re excited about Cheney and what it could accomplish, with respect to making audiences reconsider their stances on the 2000-2008 administration. After all, if The Big Short could get a nation to learn about banking exploitation, who knows what he could do here? Cheney will presumably see a release sometime in 2018.