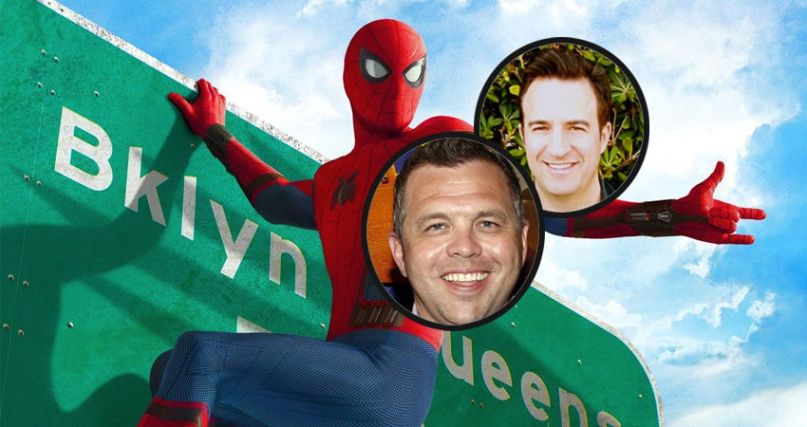 Considering the smashing critical and box office success of Spider-Man: Homecoming, it’s unsurprising Sony and Marvel want to bring back many of the people involved in the blockbuster for the sequel. Tom Holland is already locked into the title role, and Jon Watts is in negotiations to return to the director’s chair. Now, the studios have webbed up two of Homecoming’s screenwriters to pen the follow-up.

Chris McKenna and Erik Sommers have entered final talks to write Peter Parker’s second Marvel Cinematic Universe solo outing, according to The Hollywood Reporter. The pair were just two of the six writers who worked on Homecoming , but they clearly stood out to both Sony and Marvel. The former tapped them forJumanji: Welcome to the Jungle, while the latter had them touch up their upcoming Ant-Man sequel, Ant-Man and the Wasp.

(Read: A Geek’s Guide to All the Easter Eggs in Spider-Man: Homecoming)

McKenna and Sommers have a strong comedy background, starting out as writers-producers on shows like Community and The Mindy Project. Considering the nature of Marvel’s bug-based heroes, it’s easy to see why the studio is leaning on the duo for two tentpole sequels.

Ant-Man and the Wasp will drop first on July 6th, 2018, while the untitled Spider-Man: Homecoming sequel will land almost exactly one year later on July 5th, 2019.