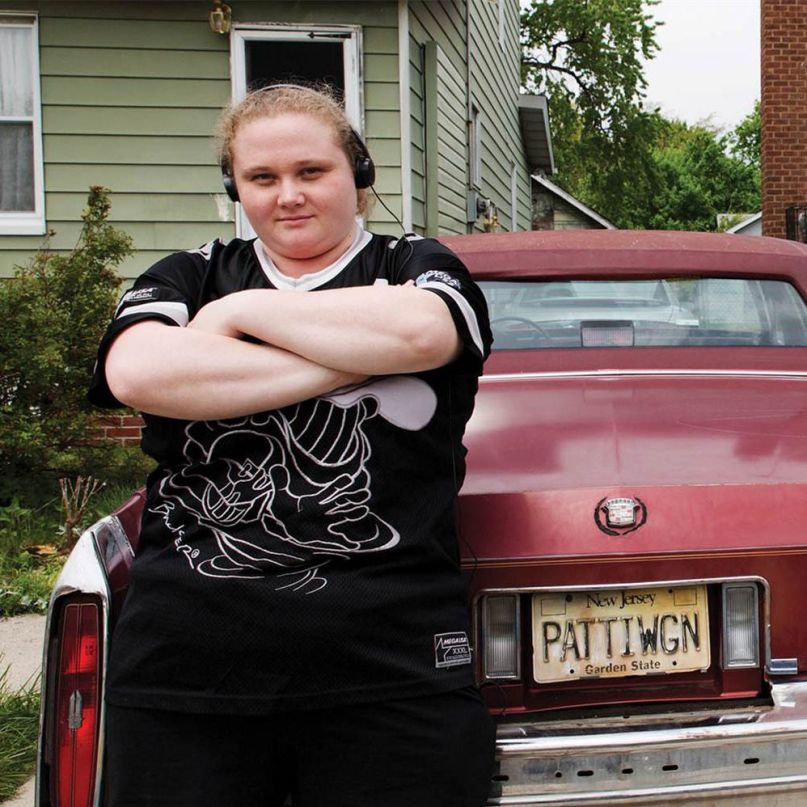 The following review was originally published as part of our coverage of the 2017 Sundance Film Festival.

Patti Cake$ is a rags-to-riches story that too often comes off as a carbon copy of other, similar rags-to-riches stories. It follows a young North Jersey rapper as she fights against lower-middle-class struggles, a boozy parent, a grandmother in ill health, her own insecurities and self-doubts, and the indifference of the local music scene. It’s made with utter sincerity, which makes it hard to dismiss beyond a point, but there are several points at which it strains for even modest enjoyment. It’s a crowd pleaser in the most ingratiating ways, and if the idea of a slightly more humorous 8 Mile sounds appealing, Patti Cake$ has its sporadic charms. If it doesn’t, the film will try your patience early and often.

There’s exactly one aspect of the film that separates Patti Cake$ from so many other riffs on the “up-and-coming star against the world” formula, and it’s Danielle Macdonald’s magnetic leading turn as Patricia Dombrowski, a.k.a. “Killa P.” By day, she’s Patti, obsessed with an anachronistically 2003-esque rapper named O-Z and her dreams of becoming his protégé and leaving her world behind. She roams around in her banged-up Cadillac, killing time with her best friend/hype man Jheri (Siddarth Dhananjay) until she goes to work at her dead-end bar job to take care of her ailing Nana (Cathy Moriarty). Patti is trapped in a loop: she goes to work, she feeds her mother Barb (Bridget Everett) shots until Barb starts belting out Heart’s “These Dreams” and finishes her night in the bathroom, she goes home and slips into fantasies of Killa P and the life she could have instead.

One night, Patti and Jheri show up to a rap show at the local VFW hall, and discover an enigmatic drifter known as Basterd the Antichrist (Mamoudou Athie) playing noise rock and screaming at the “sheep.” After the show, Patti ends up being pushed into a parking lot rap battle with one of the local drug dealers, and ethers him so thoroughly that it gets her headbutted in the face. (Macdonald’s fanged, taunting delivery during this scene is one of the film’s indisputable highlights.) It also opens a door for Patti into a world where she’s good enough to hang with any of the locals, and soon Patti, Jheri, and eventually the reluctant Basterd have banded together (along with a key vocal sample from Nana) to form PBNJ, the crew that could help them all shake off the doldrums of their paycheck-to-paycheck existences.

The film is built around Macdonald, and she gives the kind of showcase performance that elevates its frequently tired storytelling into something more endearing than it otherwise might have been. As Patti rails against everything from collection calls to skeptical producers to the lingering pain of seemingly the whole town having adopted “Dumbo” as her nickname, Macdonald finds an appealing earnestness in Patti’s wholly unironic love for hip-hop culture, particularly when framed against the factories and industrial corridors of her town. Though the film raises some questions about appropriation and “culture vultures” that it ultimately neglects to answer, Patti’s yen for rap isn’t about trying to assimilate blackness, so much as her identification with the grander themes of hustling and adversity. And when she starts to fit bars together, or finds the right tone for a track, Macdonald conveys a revelatory joy, physically manifesting a woman coming far enough out of her shell to make something with power and purpose behind it.

Macdonald is the glue that ultimately holds Patti Cake$ together when its plot points turn for the exhausted. Though Everett gets a chance to display some unlikable range as the kind of sloppy parental figure who might’ve been fun a couple decades before the film catches up with her, Barb often feels less like a character than a walking plot point, in existence to remind Patti and the audience alike of how unlikely her story is. The same could be said for virtually any other presence in the film, from Athie’s softspoken strip-mall anarchist to Jheri, who as a character is so utterly cartoonish that even Dhananjay’s well-meaning performance struggles to enliven him. While writer/director Geremy Jasper deliberately frames Patti as being several cuts above her peers and rivals in terms of both maturity and ambition, Macdonald’s performance is frequently the only aspect of the film that feels honest in the way Jasper seems to be seeking.

“Cartoonish” is an unfortunately apt description for quite a bit of Patti Cake$ at large. For a film so concerned with issues of authenticity and belonging, it often struggles with its own credibility. The most glaring issue here is with the film’s music, Patti’s come-up tracks often sounding like they were written and produced by somebody who hasn’t listened to hip-hop since Jay-Z stopped collaborating with Linkin Park. The juxtaposition of Basterd’s quasi-abrasive guitar sounds is supposed to introduce something fresh into Patti’s music, but the fact that virtually none of PBNJ’s music would ever plausibly catch on with a modern rap DJ becomes distracting after a while, even in a film that leans into magical realism at points. (That, and the fact that the film’s most crucial song directly bites the melody line from “Beez in the Trap.”) Even O-Z, who’s admittedly framed as something of a caricature to begin with, comes off as a rapper imagined by somebody who watched BET for a half hour, once, over a decade ago.

There’s an implausibility to Patti Cake$ that could have worked if the film were more willing to commit to the fantastic, but when it hones in on Patti’s attempts to balance her burgeoning catering career with her star aspirations, or it lingers on a subplot about Barb’s own dashed dreams of musical stardom, the film loses whatever sense of play it occasionally finds in the group’s bickering recording sessions. The small-town details are sometimes effective but more often extraneous, Jeremy’s screenplay manages to work a Final Battle and a Moment of Family Redemption into the same eye-rolling setpiece (built around yet another song that doesn’t fit within the film’s universe, no less), and the film generally struggles to marry its flourishes of inspiration with the increasingly trite parade of clichés it trots out to try and find some semblance of emotional heft. You’ll believe that Macdonald deserves to be a star, and Patti along with her. But don’t be surprised if you find it hard to buy the rest of it.