Theories on Audrey's dance, the real Diane, who's closing the Roadhouse, etc. 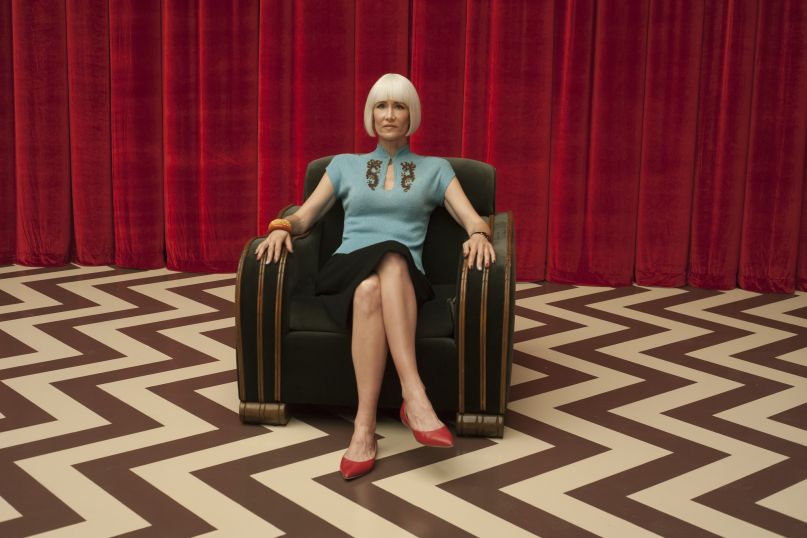 On Sunday, September 3rd, David Lynch and Mark Frost’s iconic series Twin Peaks comes to an end. In anticipation, Consequence of Sound will be reporting live from The Great Northern Hotel with some damn fine features all week. Today, Editor-in-Chief steps out of reality and visits the Fireman, who has some secrets about what may or may not lie ahead. It’s our final round of predictions for The Return.

After waiting for decades, the ending to Twin Peaks is finally upon us. On Sunday evening, David Lynch and Mark Frost’s iconic masterpiece will come to a close, wrapping up a story that has entertained as much as it’s bewildered. For over three months, we’ve watched their outstanding epic unfold on Showtime, slowly witnessing the return of Special Agent Dale Cooper (Kyle MacLachlan), who looks primed and ready to put back the evil for good.

Or maybe he doesn’t? That’s the sick beauty of Lynch and Frost’s twisted universe. More often than not, there are no real answers just as there aren’t any concrete endings, so to assume that all will end well is fairly naive in retrospect. For all we know, Cooper could get himself trapped in the Red Room again, only this time with no potential for escape. We hope that doesn’t happen — please, Mr. Fireman, don’t let that happen — but who knows.

We’ll soon find out. Though, with only two hours left, this two-part finale is going to be one hell of a marathon run, especially considering how much is left on the diner table. Will we find out what’s going on in the Palmer residence? Will Balthazar Getty return as Red to flip more spectral coins in the air? Will Audrey (Sherilyn Fenn) escape whatever hell she’s in? Will we find out what happens to Sheriff Truman … the original Sheriff Truman, that is.

It’s all one big shrug right now, but that’s an exciting place to be. It’s the unknown, and longtime fans of Lynch can attest to how the unknown can be curiously comforting. Because, in his own Lynchian way, things do eventually connect, even if it may seem like he’s only tossed more puzzle pieces on the table. On the surface, it may look like a convoluted mess, but as Gordon Cole once said: “Two and two do not always equal four.”