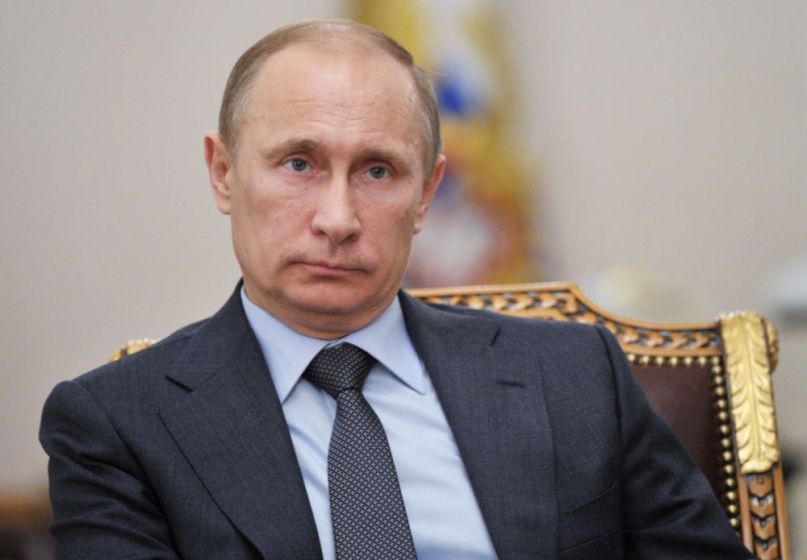 As the Trump administration’s ties to Russia continue to unravel with revelations of the President’s eldest son’s meeting with a Russian lawyer, Hollywood is looking for inspiration from the current political climate. Studios are green lighting several Russian-themed films in an effort to capitalize on public interest; however, according to a report from The Hollywood Reporter, President Vladimir Putin is considered off-limits to avoid the wrath of Russian hackers.

As proof, THR cites two upcoming feature films in which Putin is missing despite his key role in the source material. Red Sparrow is based on a novel about a Russian spy (Jennifer Lawrence) who’s recruited by the CIA to be a double agent. Originally, a Fox exec moved it from modern-day Russia to 1970s Budapest to make it more “timeless” and consequently eliminated Putin’s role. However, when it was shifted back to present day in wake of the presidential election, the Russian president’s character wasn’t added back.

Putin is also missing from Kursk, based on the true story of a Russian submarine that sank to the bottom of the Barents Sea in 2000. He appeared in the film’s source material, Robert Moore’s bestseller, A Time to Die, and even figured in early versions of the screenplay.

Ajay Arora, CEO of the security firm Vera that advises Hollywood studios, explains the inherent risk of featuring Putin in films. “For a studio to release a movie about Putin that makes him look like a fool would be suicide,” he says. “That’s a certain way to be targeted [for retaliation].”

Still, Russia is a hot topic in Hollywood. One upcoming film about fake news and disinformation, The Tracking of a Russian Spy, stars Logan Lerman as a journalist who travels to Moscow and becomes a useful tool of the Kremlin.

Additionally, the second installment of Wonder Woman will take place during the Cold War. Even Sony is getting involved despite falling prey to the biggest Hollywood hacking ever, as the character of Lisbeth Salander returns with the Russian hacker thriller, The Girl in the Spider’s Web. Sylvester Stallone has also hinted at the next Rocky film will feature a Russian antagonist.

In short, look for Hollywood to capitalize on their perceived public interest in anything related to Russia. Just don’t expect Putin to figure in any of the storylines.