The Oscar-winning filmmaker also addresses why he supported the sequels 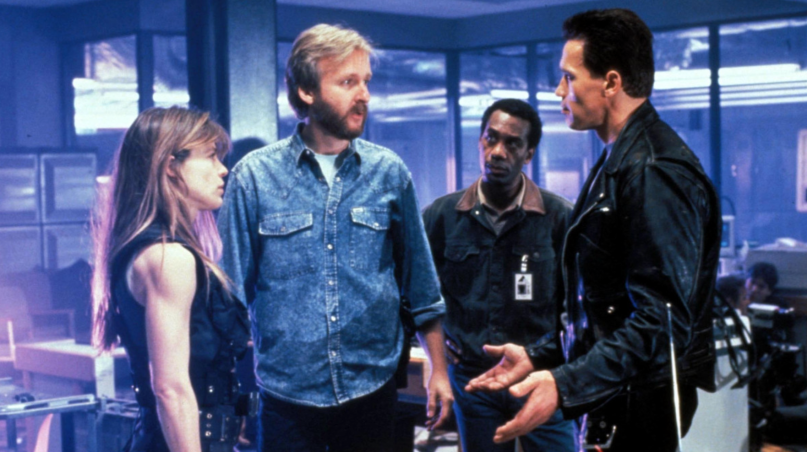 James Cameron, the acclaimed Oscar-winning filmmaker behind the biggest blockbusters of all time and who has since decided to dedicate a quarter of his life to the Avatar franchise, has some big ideas for the Terminator franchise.

If you recall, the rights to the series fall into his lap in 2019, and he’s already teased of a reboot with Deadpool director Tim Miller. Today, while speaking with News Australia, he expanded on those plans and it’s … interesting.

“I am in discussions with [producer] David Ellison,” he explained. Ellison currently owns the rights, mind you. “…he and I are talking about what we can do. Right now, we are leaning toward doing a three-film arc and reinventing it.”

(Read: Is T2 better than The Terminator?)

Okay, let’s be fair: If there’s anyone to trust when it comes to sequels, it’s Cameron, who arguably has the greatest track record in that area, thanks to his iconic work behind 1986’s Aliens and 1991’s Terminator 2: Judgment Day.

However, one has to wonder if there’s anything even left in the cybernetic tank. Neither of the three sequels have come close to capturing the heights he set with the first two; in fact, they’ve only gotten progressively awful.

To further complicate matters, Cameron actually endorsed 2015’s Terminator: Genisys, which may have been the most miserable sequel of the bunch. A fact that he wisely addressed in the same interview:

“I think it’s fairly widely known that I don’t have a lot of respect for the films that were made later,” Cameron admitted. “I was supportive at the time in each case for Arnold’s sake because he is a close friend. He has been a mate of mine since 33 years ago so I was always supportive and never too negative. But they didn’t work for me for various reasons.”

(Read: The Terminator at 30: Why Kyle Reese Is the Most Interesting Action Hero)

Again, it’s Cameron, who birthed the series, so the prospect of him writing some compelling — or, at the very least, a margin above anything that came after T2 — is fairly high. Still, wouldn’t you rather see him make a new film?

If not, perhaps this will toast your bread: Next month, the 3D re-release of T2 will land in theaters. Cameron supervised the process and you can hear his thoughts on the project with the trailer below.