Here’s your first look at Michael B. Jordan and Michael Shannon in HBO’s Fahrenheit 451 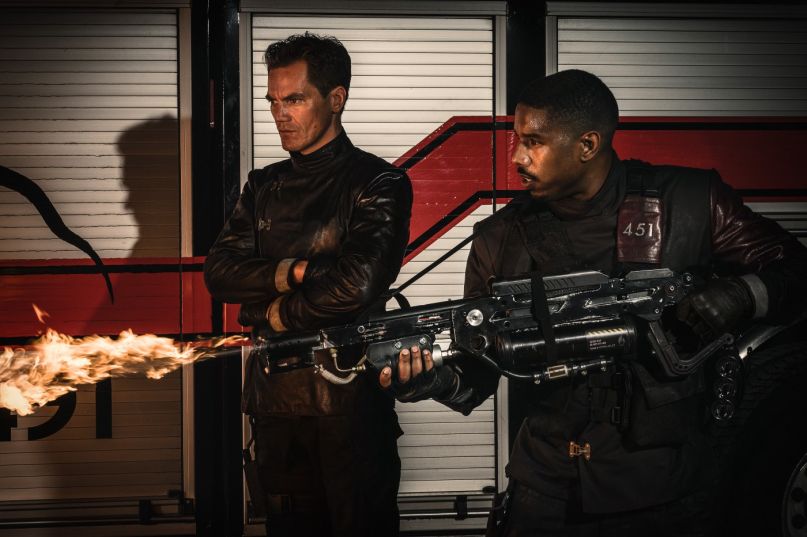 Ray Bradbury’s classic novel Fahrenheit 451 imagined a dystopia that society has alternately run from and chased in the 64 years since its publication. To the saner among us, Bradbury’s story of book-burning anti-intellectualism is a horrorshow; to others, it’s the ideal to which we should strive for a more obedient society. To consider it simply a work of nightmarish fiction is to sidestep the realities of a post-truth world.

Earlier this year, we reported that director Ramin Bahrani (99 Homes) would bring his modern adaptation of the novel to HBO, and while some of the details (like the film’s eventual release date) remain scarce, HBO has released the first photo from the production. We can only assume from the above image that Michael Shannon will be stepping in as the terrifying Chief Beatty, and Michael B. Jordan will play Montag, the protagonist of the story. As Montag begins to question his terrifying reality, he’s set on a path of salvation as he learns to rediscover humanity in a world without it.

While much of Bradbury’s work has been sadly relegated to the territory of, “Oh, I read that years ago in school,” Fahrenheit 451 is one of those plausible sci-fi texts that only grows more prescient with time, as the world increasingly begins to advocate for the destruction of ideas regardless of political affiliation. If Bahrani’s past work is any indication, this new adaptation will offer the kind of ground-level realism best suited to capture the unsettling plausibility of Bradbury’s premise. We can only hope that the ongoing SDCC will offer a closer look at the film in the days to come.