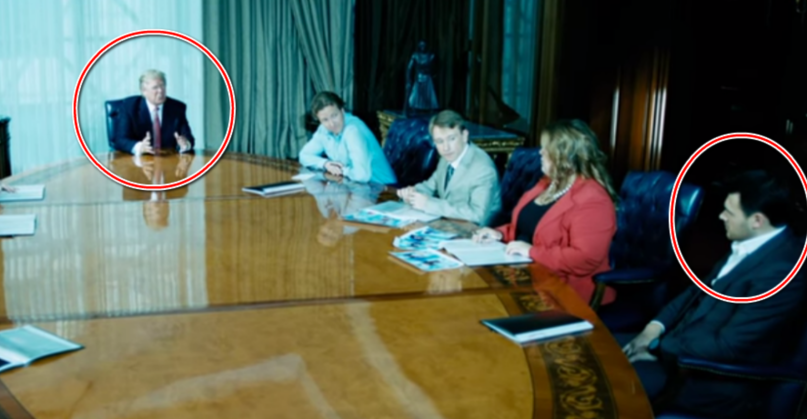 The New York Times reported Sunday that Donald Trump Jr. and several other members of Donald Trump’s presidential campaign staff met with a Russian lawyer who claimed to have damaging information about Hillary Clinton. The meeting, which took place in June 2016, was set up by an associate of Trump Jr, identified by the Washington Post as a music publicist named Rob Goldstone.

Both Agalarov and his Russian billionaire father, Aras Agalarov, have close ties to the Trump family. Aras Agalarov sponsored the Miss Universe Pageant when it was held near Moscow in 2013. The father and son also had committed to building Trump Tower in Russia prior to his run for president, which contradicts previous statements by Trump that he has no ties or business interests in Russia.

And somewhat randomly, Trump appeared in a music video for Emin Agalarov (via Think Progress). The 2013 video for “Another Life” depicts Trump in a board rooming firing Agalarov. Watch it below.

According to the Washington Post, Goldstone set up the meeting with Trump Jr. at the request of an undisclosed Russian client, who is believed to be Aras Agalarov. The lawyer, Natalia Veselnitskaya, has close ties with individuals and companies close to the Kremlin.

So to recap, Donald Trump starred in the music video from a Russian oligarch’s pop singer son who is represented by a music publicist named Rob Goldstone. Goldstone recently set up a meeting with Trump’s son during which a Russian lawyer connected to the Kremlin offered damaging info on Hillary Clinton. And that’s what we know so far.