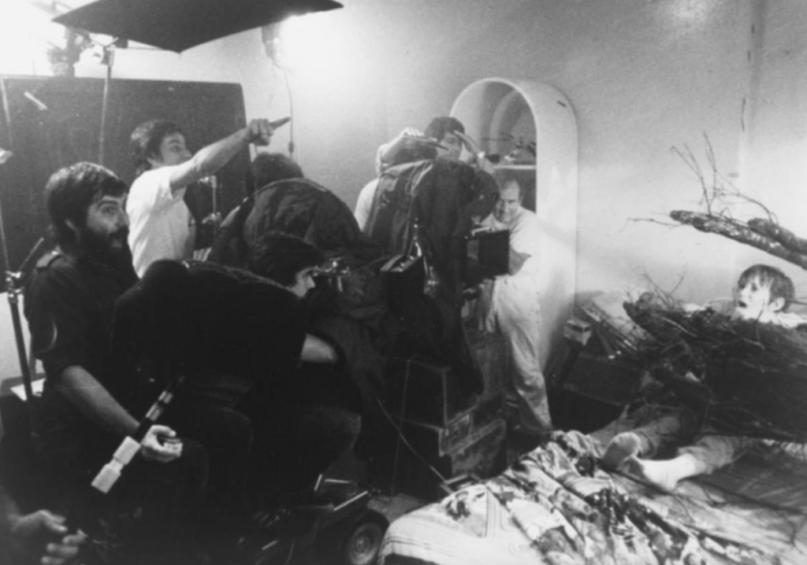 Director Tobe Hooper is known for two things: changing the face of horror and producing a lot of terrifically trashy films. The Texas Chainsaw Massacre made him a legend, while films like Lifeforce made him a cult favorite for people who love terrible yet awesome cinema. And then there’s 1982 Poltergeist, a classic fright film that’s credited to Hooper, but that many believe was shadow directed by producer/writer Steven Spielberg.

The story goes that a clause in Spielberg’s contract for E.T. prevented him from directing another film while working on the alien tale. Because of this, Spielberg took a producer credit on the movie, but people on set often stated that he was the real creative force behind the film, working on everything from storyboarding to adjusting the shots. There’s been back-and-forth about who really helmed Poltergeist for years, and new comments from one crew member again support the Spielberg shadow-director theory.

(Read: Silver Screen Scares: A Film for Every Phobia)

Director/cinematographer John Leonetti (Annabelle, The Conjuring) was first assistant camera to his director of photography brother, Matt Leonetti, on the set of Poltergeist. Speaking to the Shock Waves podcast, he emphatically and candidly answered the question about who really directed the ghost story. “Steven Spielberg directed that movie. There’s no question. However, Tobe Hooper – I adore. I love that man so much.”

He added, “But, If I had known you were going to ask me that question, I would’ve brought this one picture I have, which is the whole movie in one shot! It’s the scene where the tree comes in and grabs the boy out of the bedroom. We have two cameras set up … in the foreground on an apple box is Tobe, standing right to the left and behind him is Spielberg pointing. Behind him is my brother [and me]…” That behind-the-scenes image can be at the top of the page.

(Read: The 20 Worst Horror Movie Sequels of All Time)

Leonetti went on, adding that an impending directors’ strike may have also led to the tricky credits situation:

“[Hooper was so nice] and just glad to be there … Steven developed the movie, and it was his to direct, except there was anticipation of a director’s strike, so he was ‘the producer’ but really he directed it in case there was going to be a strike and Tobe was cool with that. It wasn’t anything against Tobe. Every once in a while, he would actually leave the set and let Tobe do a few things just because. But really, Steven directed it … [But Tobe] creatively had input.”

Listen to Leonetti’s comments around the 1:04:30 mark below.