Tyler, the Creator explores how “awesome” things get made in trailer for new show Nuts + Bolts — watch 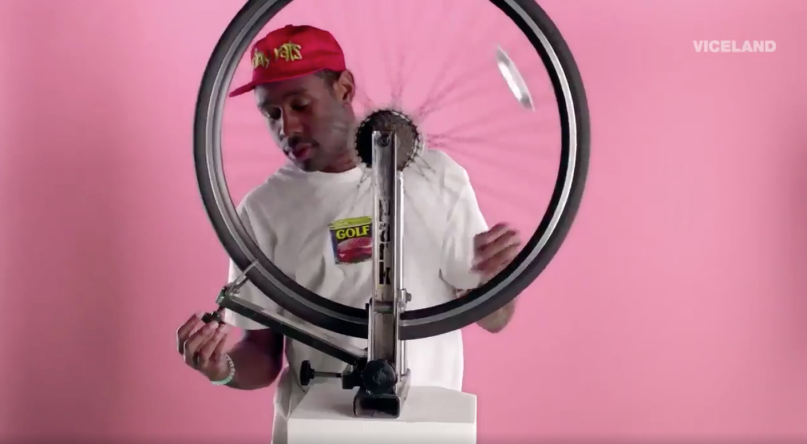 Tyler, the Creator will return to television this summer with a new show on Viceland. Called Nuts + Bolts, think of the program as How It’s Made but with an Odd Future twist.

As Tyler himself explains in the series’ first trailer, the show describes “how everything that I think is awesome is made.” That means the rapper/creative will explore go-karts, donuts, stop-motion animation, time travel, and even mustard. He’s not alone in his investigations, either, as the preview hints at appearances by Neil deGrasse Tyson and Bill Nye. Once he learns about a particular topic, he actually puts it to use by making something with the knowledge.

All in all, it sounds kind of like the dream project for someone with an overactive imagination and thirst for curiosity. The show debuts August 3rd, and you can the minute-long trailer below.

Tyler is also developing a return to Adult Swim with a show called The Jellies. The network previously aired Loiter Squad, the sketch comedy show he and Odd Future made between 2012 and 2014.