The MCU teases its next TV spectacle with Inhumans trailer — watch

The latest Marvel TV series will premiere on September 29th 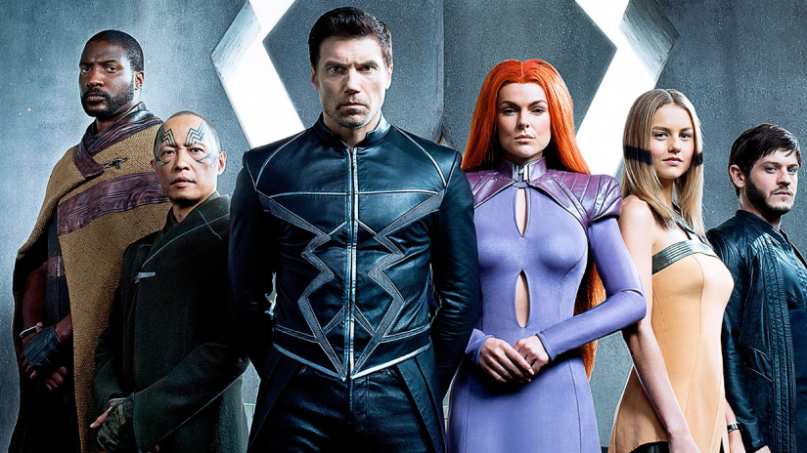 Given that it’s all coming from a medium that’s theoretically better-suited to long-form television storytelling than standalone movies, the TV journey of the Marvel Cinematic Universe has been rocky so far. There have certainly been successes (Daredevil, Jessica Jones, the later seasons of Agents of S.H.I.E.L.D.), but the recent high-profile rejection of Iron Fist and the untimely cancellation of Agent Carter suggest that there’s still more work to be done on the small screen.

ABC will look to continue that upswing with Marvel’s Inhumans, which is already being sold with just about as much spectacle as a premiering TV series can. Shot with IMAX cameras (the official buzzword of any director looking for extra intrigue; just ask Transformers: The Last Knight), the pilot will spend two weeks in large-format theaters before premiering on ABC on September 29th. The show will follow the Inhuman royal family, led by the silent Black Bolt (Anson Mount), whose voice can cause mass destruction even at the lowest volumes. After crash-landing on Earth, they’re forced to deal with the politics of their own home, and those of our planet as well.

Given its integration into the larger Marvel Cinematic Universe, the declaration in the show’s first trailer that “Sooner or later, the humans are going to find us up here” rings true. Alhough the TV shows have attempted to tie into the larger film series with varying degrees of success, Inhumans has the chance to introduce the idea of intergalactic conflict in a way that only the Guardians of the Galaxy films have touched upon to date in any lasting way.

At least, that is, until Marvel Studios buys those X-Men rights. C’mon, folks. We need that House of M film adaptation before the superhero craze burns itself out.