With Wonder Woman a smash hit, Hollywood should look to these other female heroes 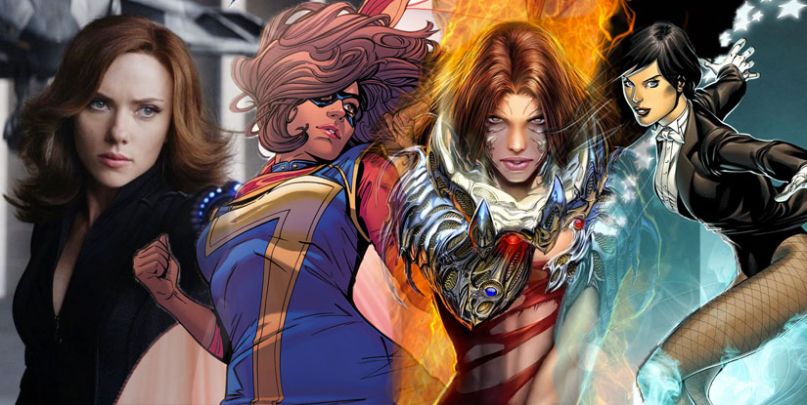 Comics to Screen is a recurring feature in which Ben Kaye analyzes the constantly evolving leap from comic books to screens of all sizes.

The truth fans have been screaming at Hollywood about for years has finally been proven: female-led superhero movies are wanted, needed, and can be successful. Wonder Woman crashed into theaters with record-setting numbers, becoming the highest-grossing opener for a female director ever. Not only that but critics and fans are loving the movie, which considering how well Batman v Superman: Dawn of Justice did at the box office is probably a better gauge of success. For the first time, you can actually hear Marvel fans start to worry about their grasp on cinematic domination.

It’s interesting that what you aren’t hearing, however, is a lot of cries from men worried about Y chromosomes being removed from their superhero epics. Sure, there was uproar about those women-only screenings of the film, but even that was relatively muted. For years, Hollywood has seemed scared that audience wouldn’t respond to a female superhero, that somehow this was a male’s marketplace and inserting the “fairer sex” wouldn’t garner the same outpouring of adoration (or money) as Iron Man or The Dark Knight. If you listen closely, though, it doesn’t sound like anyone’s really complaining about a good superhero movie that just so happens to star a woman.

So consider the floodgates opened. Hollywood now understands that female-driven comic book features can be all sorts of successful, so expect more studios to be open to the idea of making them. In fact, a few are already in the offing, with DC Films working on Gotham City Sirens (change that name now, please) and Marvel Studios prepping Captain Marvel. Still, there are plenty of other comic book properties with female leads out there that have long begged for the cinematic treatment — and not all of them come from the Big Two.

In the pages ahead, we’ll highlight 10 women-centric comic books that would make excellent movies. For the sake of originality, we’ll skip things like Catwoman and Elektra, which have already received failed adaptations, because we all already know those could’ve been done better. We’ll also avoid anything that’s actively being developed in one form another; Squirrel Girl will be part of Marvel’s New Warriors show on Freeform, and Batgirl is being developed by Joss Whedon, so there’s no need to talk to about those properties.

(Read: How Can Wonder Woman Save DC Films After They Committed Suicide Squad?)

Still, that leaves plenty of creative concepts for filmmakers to tap into. From characters we’ve already seen on screen who deserve their starring role to beloved underground heroines to mutants with ridiculous powers, here’s our list of 10 female superheroes that deserve their own movie.