Top TV Episodes of the Month: Twin Peaks, Master of None, and American Gods

Ladies and gentlemen, we have officially reached Peaks TV 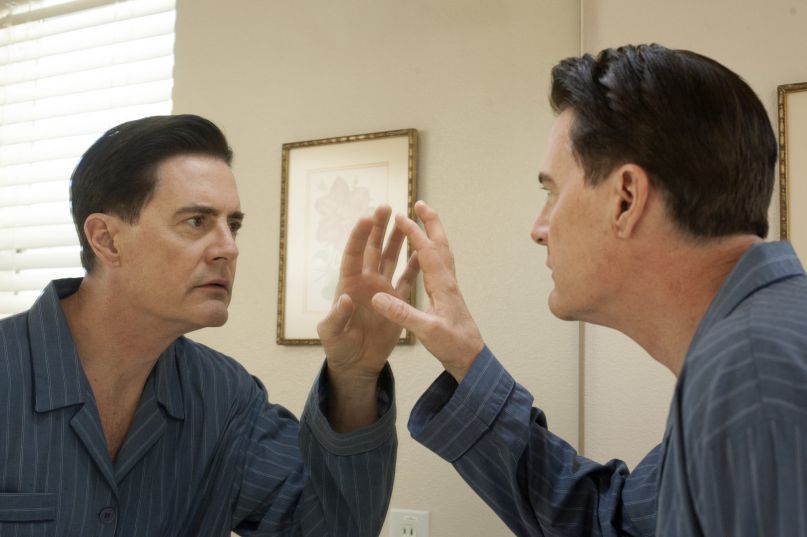 Nearly everyone in the pop culture sphere has already used this turn of phrase, so who are we to abstain: We have officially reached Peaks TV.

Given the density and richness of coverage surrounding the premiere of David Lynch’s 18-hour Showtime movie-disguised-as-series — and that includes our own Twin Peaks Week — one could be forgiven for thinking that Agent Cooper’s return was the only thing happening on television this month. To be fair, it’s a hell of an event, both as the return of a groundbreaking series and as proof that TV can be every bit as challenging and audacious as any other art form. It’s as though Coop’s double stuck his head through the set and said, “You thought Legion was out there? Oh, my sweet summer child, you have no idea.”

Once you escape the Red Room, however, you’ll find that May was a terrific month for sitting in front of a big glass box and staring for hours. Kimmy Schmidt bounced back into the world, and so did Kevin Spacey’s Frank Underwood and the sensates of Sense8. Still basking in the glow of releasing one of the year’s best titles (The Handmaid’s Tale), Hulu closed Harlots with a bang and welcomed Casual back for what, so far, looks to be its best season yet. The CW’s Riverdale and Supergirl each ended on a high note, while the season finale of Superstore literally blew the house down. Catastrophe, Dear White People, and the criminally underrated Rupaul’s Drag Race all dropped at least one killer episode, and Saturday Night Live managed to sneak in a few more really strong outings, just under the wire. (We’ll miss you, Vanessa, Bobby, and Sasheer!)

Not one of those shows is represented on our list — Peaks TV, remember? The five that did, however, crawled right through that big glass box of ours and savaged us, in one way or another. There’s narrative daring to be found, incredible filmmaking, and no shortage of really solid punchlines. We were challenged, provoked, delighted and disgusted, and that’s all before we dive into Lynchland. Traditionally, this is the time of year when good TV takes a nap, but don’t expect a rest anytime soon — Orphan Black’s returning for one last trip, I’m Dying Up Here will start dying up there this weekend, and Preacher, Orange is the New Black, Wynonna Earp, and Broadchurch will all be back before the month is out.

So go ahead, weary watchers. Take a break! Enjoy the weather! The television will keep. Just make sure to chip away at that DVR queue occasionally, because you never know what otherworldly smoke monsters are lurking in that big glass box.