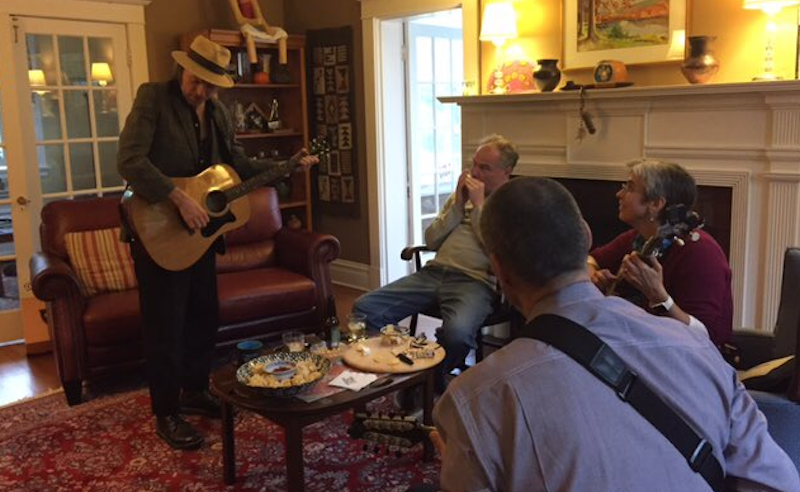 Senator Tim Kaine was a heartbeat away from being the Vice-President of the United States, but unfortunately missed out on the job thanks to an electoral collage disaster. Don’t feel too bad for the Virginia Democrat, however, as he recently got the dream gig of a lifetime: jamming with Tommy Stinson.

Kaine’s fandom for The Replacements is well documented, so no doubt the harmonica-playing politician was overjoyed when he got the chance to jam with Stinson in a private session. According to a Tweet from the Senator, Chip Roberts of Stinson’s recently revitalized Bash & Pop outfit was also on hand, as were Tripp and Jenny Johnson of Appalachian string band Cary Street Ramblers.

The party took place in Kaine’s Richmond, VA home, where it appears the quintet rocked out to “Anybody Else” off Bash & Pop’s first album in over two decades, 2016’s Anything Could Happen. Check out video of the jam session below.

Amazing Saturday jamming with @tommy_stinson in Richmond. "You can't be anybody else for anyone…" pic.twitter.com/L4NlQg0h4C

And to think, if the popular vote meant a damn, we this might’ve happened in the White House instead of a Richmond residence with a creepy doll sitting on a shelf. Instead, we get the guy who’s idea of an amazing musical experience is finding Christ at a Christian rock fest and thinks you intimidate a rogue nation by looking at it really, really hard. Sigh.