He passed away from kidney failure 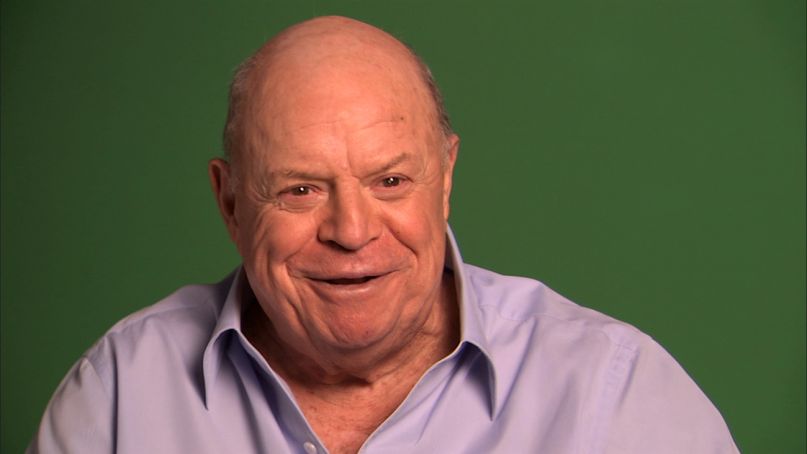 Legendary comedian Don Rickles died Thursday at the age of 90. According to Variety, Rickles passed away from kidney failure at his home in Los Angeles.

Rickles’ career spanned over 50 years, beginning in clubs around New York City in the 1950s. He became known for his brand of insult-style comedy, often calling his audience members “dummy” or “hockey puck.” Though he would go on to have a frequent presence in film and television, Rickles was always most beloved and well-known for his stage presence, somehow endearing even when he was poking fun at TV hosts, Frank Sinatra, or paying crowds.

Before making it big in comedy, Rickles took on film roles in Run Silent Run Deep, The Rat Race and teen beach party films like Bikini Beach and Pajama Party. He also appeared on television shows like The Munsters, The Addams Family, and Gilligan’s Island. However, his big break came with an appearance on The Tonight Show With Johnny Carson in 1965. That appearance propelled him into headliner status, leading to major gigs in Las Vegas, Reno, and Lake Tahoe. He became a tangential member of Frank Sinatra’s Rat Pack and was a frequent guest on The Tonight Show. While Jay Leno was the host, Rickles appeared alongside his best friend Bob Newhart to pay tribute to Carson after his death in January 2005.

Though he was welcomed for numerous guest roles on shows like Archie Bunker’s Place, The Lucy Show, F Troop, Newhart, Get Smart, The Bernie Mac Show, and Hot in Cleveland, Rickles never quite found success with his own television programs. The Don Rickles Show, C.P.O. Sharkey, and Daddy Dearest all lasted only one or two seasons, while his first attempt at a sitcom, Kibbe Hates Finch, never got beyond a pilot. He was also co-host of Foul-Ups, Bleeps, and Blunders for two short seasons.

Rickles had much more recognizable success in films, however. He co-starred in Martin Scorsese’s 1995 masterpiece Casino, playing a close companion of Robert De Niro’s character. His voice is recognized by children and adults alike as Mr. Potato Head from the Toy Story series. Toy Story 4 is scheduled for a June 21st, 2019 release, and while production has begun and some recording work has been completed, it’s not yet known whether Rickles had even started his part before his passing.

Despite being considered a comedic icon now, Rickles had ups and downs throughout his career. His pointedly non-PC style of humor fell out of favor in the late ’70s and much of the ’80s, but the New York native was able to outlast the downturn. In 2007, he published his memoir, Rickles’ Book, and was the subject of John Landis’ HBO documentary, Mr. Warmth: The Don Rickles Project. Rickles won an Emmy for individual performance in a variety or music program for his performance in the doc. In 2014, the likes of David Letterman, Jerry Seinfeld, and Jon Stewart paid tribute to the iconic funnyman during the Spike TV special One Night Only: An All-Star Comedy Tribute to Don Rickles.

Rickles is survived by his wife of 52 years, Barbara, a daughter, a son, and two grandchildren. The family has requested that, in lieu of flowers, donations be made to the Larry Rickles Endowment Fund at Children’s Hospital Los Angeles.