Decades
A quarterly report that looks back
on music and film from 10, 20, 30 years ago 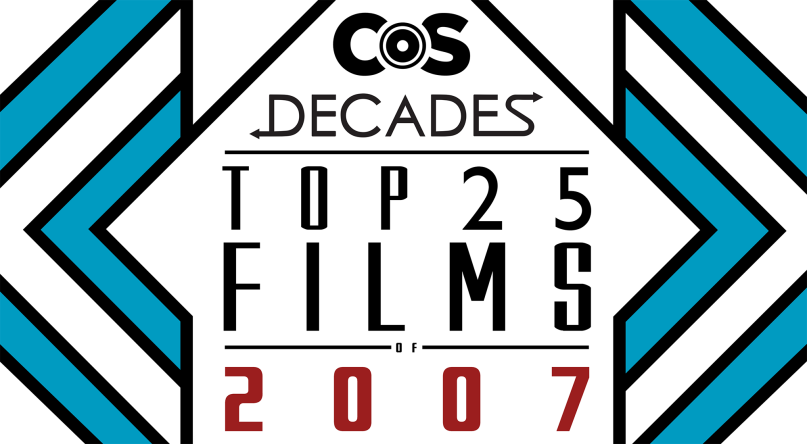 Decades is a recurring feature that turns back the clock to critical anniversaries of albums, songs, and films. This month, we dial it back to the top 25 films of 2007.

When you get to talking with friends about “great movie years,” it’s hard to pin down what makes one great. Is it a year full of undisputed classics or one that left behind the most legacy films? Can a year where the big-budget fare was lacking be saved by ambitious filmmaking at the art house level, as we largely saw in 2016? It’s hard to say. But as recent years go, those where we’d absolutely argue for greatness out of hand, 2007 lands at or very near the top of any list.

It’s the kind of year that had something for everybody. Looking for a great documentary? There’s an unbelievable real-life story about an everyday guy fighting the system in the unlikeliest places. Some memorable action? It comes in the hilarious, sleazy, and politically weary varieties depending on your taste. There were incredible dramas, hyper-quotable comedies, and a fair handful of instant American classics. Some of the best films of the post-millennium era came out of 2007. Let’s put it this way: When we sat down to make this list, serious discussions were had about a top 50, just to include some of our favorites that didn’t make the cut.

But we’ve pared it down to 25 gems, across the full spectrum of genre and storytelling, and looked back at a bunch of movies that we can’t believe are 10 years old already. We’re getting old. But hey, we’d like to think that we’re aging better than all those Spiderman 3 references in Knocked Up.