A crash course before their upcoming string of US tour dates 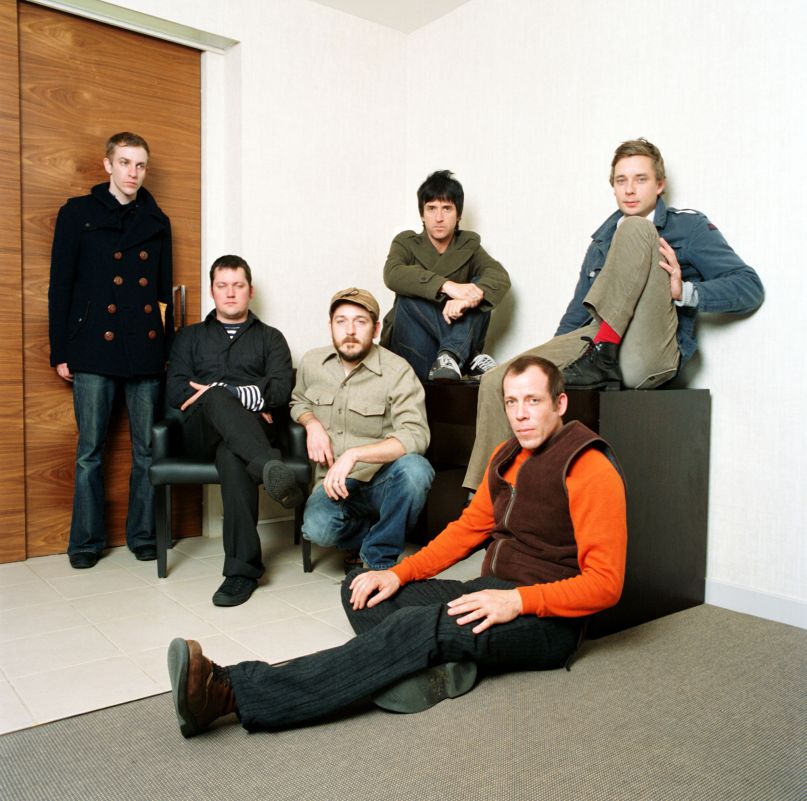 Ever felt overwhelmed by an artist’s extensive back catalog? Been meaning to check out a band, but you just don’t know where to begin? In 10 Songs is here to help, offering a crash course and entry point into the daunting discographies of iconic artists of all genres. This is your first step toward fandom. Take it.

There will never be another Modest Mouse.

Yes, this is true of everybody. But it’s especially unanimous in ModMo’s case because no matter what side of the music industry you approach it from – art- or business-based – it’s a different type of true. Never has any band with quite the level of indie cred and quite the surefire path to being scene-lifers gotten to quite the level of mainstream acceptance quite as suddenly, all while relinquishing quite as few of their impulses. Not Arcade Fire (got huge early). Not the Flaming Lips (slowly chiseled their way up from the underground, never “exploded”). Not Wilco, nor Yo La Tengo, nor Bon Iver, nor The Shins, nor The National. This is a band that’s followed a trajectory both unprecedented and impossible to repeat, and it simply will never. Happen. Again.

Frontman Isaac Brock has called himself “lucky” to be in the right place at the right time – that is, when some kind of chemical reaction flipped the switch on the umbrella of indie rock’s definition around 2004, instantly spreading its collapsed canopy wide open. (The “fwoomp” sound of it happening? “Float On”.) At that moment, there stood Brock, Eric Judy, and Jeremiah Green holding this gigantic umbrella with everyone’s eyes fixated on them and hardly a clue as to what just happened.

Lucky, sure, but we at CoS also believe it could hardly have been a more deserving group. Few would have guessed that within 10 years, the three townie-lookin’ Pacific Northwest indie-rock prodigies shown here would still be in the same band, which would also include Johnny Marr, a secondary drummer, and a reputation for devious banjo licks and Waits-inspired horn overkill. Thank “God’s Shoeshine” they ended up the chosen ones, though, because it gave them the means to try on so many of the different looks that now spring to mind when we hear the name. Here are 10 of them.

Two words. Three chords. Who knew that’s all we needed.

The idea of using music as a tool for transformation is nothing new. We flick on the switch to shut off the yammering racket, because sometimes the only way to stare down a unique mess of craptitudes that become our reality during hard times is to listen to music. It becomes an aural etch-a-sketch drawing us into the artist’s world, and we hold tight onto that image until the dark phase passes. The second that Isaac Brock opens his mouth on “Float On”, it is clear whose world we are in, and it is clear we are invited in. “I backed my car into a cop car the other day,” he muses, railing against the slings and arrows of life’s pain with one simple message: to float on and rise above it all. It’s really that simple, and ironic too that such a modest approach toward the complexities that belie our lives has the ability to hit us right in the gut. Two words, three chords. So when your best work is also your most uncompromising and intelligible, you really have accomplished a significant artistic feat. On a purely sonic level, “Float On” will tell you that “Good news is on the way” underlined by the song’s enthralling guitar sweeping and classic ModMo hi-hat chiming. It will forever play at a low volume somewhere in my mind, so if/when a notoriously bitter person tells you life will be okay, you goddamn swallow that chill-pill and levitate up and over the shit. –Lior Phillips

“Cowboy Dan” is one of those songs that after listening to it you have to sit down and take some deep breaths. Brock weaves an incredible narrative with only a handful of tense gasps of incredibly startling and vivid imagery: Cowboy Dan, the character, is a real asshole who likes to get drunk and start shit. He rails against the land and the city because he “wants out desperately.” He fires a rifle into the sky and proclaims that “God if I have to die, you will have to die.” He doesn’t give a fuck about you or anyone else; he wants more, and he’ll start a war to get what he wants. The music is a journey unto itself – a slow grind that slowly builds up in intensity every time Brock repeats, “WELL, Cowboy Dan’s a major player in the cowboy scene…” and that bony guitar riff turns itself over and starts again. Brock’s vocal delivery also begins to slowly ramp up as he spits out “I DIDN’T move to the city, the CITY moved to me, and I WANT OUT DESPERATELY” before slowly fading away into the song’s soft, subdued chorus. But even Dan knows that all of his anger is futile: “Every time you think you’re walking, you’re just moving the ground/ Every time you think you’re talking, you’re just moving your mouth…” –Edward Dunbar

Modest Mouse has always been gifted at shocking with the occasional sudden, unexpectedly agile leap from bitter to sweet (see also: “Exit Does Not Exist” transitioning into “Talking Shit About a Pretty Sunset” on the band’s first formal LP), but with the expanded lineup on We Were Dead Before the Ship Even Sank – the band’s one LP with ex-Smiths guitar star Johnny Marr as a full-time member – they had an all-time-heightened capacity for it. Brock took full advantage: “Missed the Boat” is the band’s sweetest-sounding song to date, an already-brilliant piece at its core that he studio-polished with help from producer Dennis Herring, vocal assistance from Shins frontman James Mercer, supplementary percussion from journeyman drummer Joe Plummer, and most importantly, that perfect extra dash of texture and shimmer from Marr. –-Steven Arroyo

I was frightened to get into Modest Mouse because of how huge their discography is. What is it, 60 albums and 100 EPs? When I finally did, I was happy to get my hands on the post-We Were Dead Before the Ship Even Sank EP, No One’s First and You’re Next. The highlight track? “King Rat”, which also benefitted from a music video that doubled as Heath Ledger’s literal final output: the actor created the plot, where a group of whales go whaling, netting, and harpooning innocent, free humans at sea. The tense banjo opening, the wavy guitar chords, and the whiplash lyrics like “we laughed about paying rent, because the county jails are free” put this non-album track at the top of the band’s catalog. While Brock’s vocals cut through the storm of the instrumentals, its ultimate chant serves as a great final moment. “What do you have to say for yourself?” –Dan Bogosian

Modest Mouse has always been adamant about making sure people know they’re from Issaquah, not Seattle. It’s an important distinction to make. Growing up just outside of Seattle myself in Kitsap County, I know firsthand just how bleak things can get in the shadow of the Emerald City. It’s a feeling that Isaac Brock nails on The Lonesome Crowded West, which ironically boasts an image of The Westin in Seattle.

“Trailer Trash” is a distressing yet poignant look at the what life is like for many outside the city. Even the guitar lines seems to capture that dreary, mundanity of the way life can feel. There’s that helpless feeling of trying to escape poverty and watching love crumbling before your eyes. Brock is still sentimental for it all at the end when he croaks out, “And I guess that I miss you, and I’m sorry if I dissed you.” It’s easy to complain about the way things are, but it’s harder to be detached. –Dusty Henry