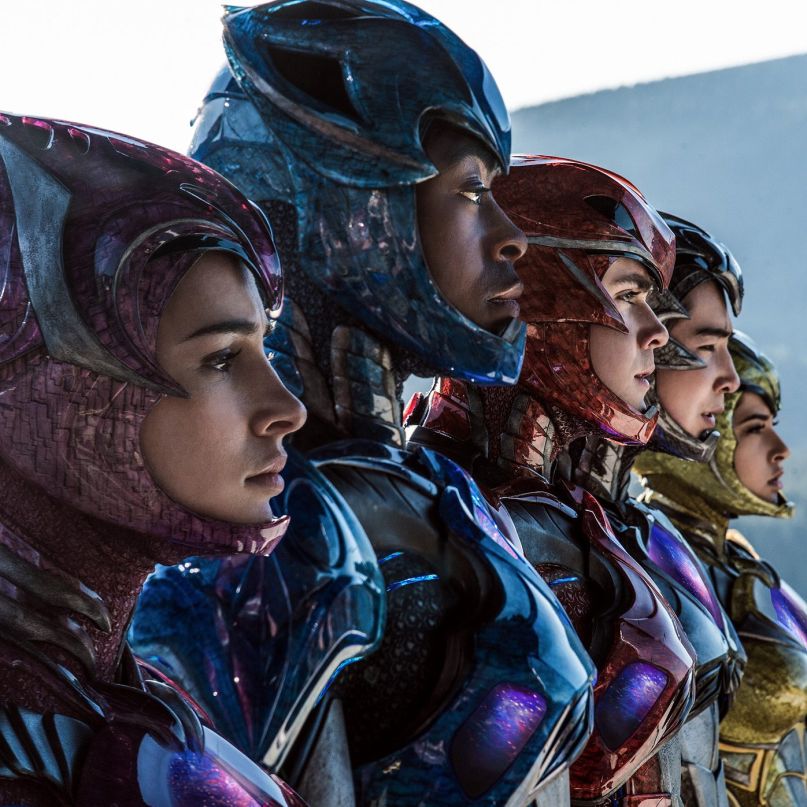 As a series, the original Mighty Morphin Power Rangers exists in an odd space in pop culture. It’s one of the few ‘90s phenomena to cultivate a fanbase that doesn’t seem to care all that much if it’s not as good as they remember it being in childhood. Similarly to fans of professional wrestling, Power Rangers enthusiasts are scarcely interested in arguments about how hokey the performances were, or how cheap-looking the monster designs may have been, or how every major battle the Rangers ever got into seemed to take place in the same Japanese rock quarry. If any of these criticisms are levied, fans often respond with a largely inarguable “yeah, and?” When audiences look back to the show, it’s rarely with the idea of it being “good” in mind. To the faithful, the schlocky, low-budget nature of the show is just one more part of its appeal.

It would then stand to reason that Power Rangers, Lionsgate’s pricey new addition to the miles-long MMPR canon (24 seasons plus various offshoots, as of this writing), would stand in counter to everything that even the show’s most ardent fans appreciate about it. It’s glossy in a way that the show’s people-in-rubber-suits approach never offered. Its tone is grim, compared to the bright and airy vision of Angel Grove and its neighboring towns that the series has long put forward. There’s a danger and consequence to the film that the Rangers’ enemies of the week never really posed. It’s a glossy Hollywood take on an inherently un-glossy property, and on paper, it seems like a proposition fated to fail.

But against expectation, Power Rangers is hardly the fiasco it could have been. That’s not to say that it’s an entirely successful piece of filmmaking either, but director Dean Israelite (or probably more accurately, a series of Lionsgate boardroom meetings) manages to bring the inherently kitschy series into the modern era in a way that will appeal as much to nostalgic fans from 25 years ago as a new generation of kids. This is to say that Power Rangers ably sates all appetites: it’s absurd enough to avoid the self-seriousness that threatens to swallow it throughout, but just straight-faced enough to stop short of the kind of referential irony that would sink it.

After a brief prologue introduces the origins of the five glowing, multi-colored totems of power that give worthy future Rangers their powers, the film jumps ahead to present-day Angel Grove, where various attractive “misfits” struggle with the tedium of high school life. Jason (Dacre Montgomery) was once his school’s star quarterback, but a botched prank results in him being expelled from the team and, according to his dad, destroying his future. Kimberly (Naomi Scott) has become a pariah after being run out of the cheerleading squad, the result of some murky business involving a leaked nude photo and her subsequent attack on a star athlete. Billy (RJ Cyler) is a bullied science whiz who spends most of his time rigging unlikely objects together in solitude. Trini (Becky G.) is a quiet transfer student who struggles with loneliness and an aggressive helicopter mom. And Zack (Ludi Lin) struggles to provide for his bedridden mother while still finding time to be a teenager on occasion.

As many have snarkily observed since the first trailer for Power Rangers was released, the film’s primary basis of comparison is less the original series than Chronicle, Josh Trank’s 2012 revisionist superhero film that recast new powers as an allegory for the hardest parts of adolescence. In its earlier scenes, Power Rangers is similarly observant to solid effect. The teenagers at the film’s center actually feel like teenagers, for the most part; the friendships feel appropriately lived-in, even as the film contorts itself to make the characters fit together as quickly as possible. (Cyler and Montgomery are particularly endearing together, as the confident Jason and the stammering Billy grow closer despite their fundamental incompatibility.) Though some of the performances play better than others, Power Rangers spends its first hour attempting to endear the new Rangers to audiences, and the gambit generally pays off.

But teenage friendship isn’t what people will show up to see. After the five are brought together (in a quarry, no less), and happen upon the stones that give them power, Power Rangers gets into the thick of things. They eventually find themselves in a buried spacecraft/operations center, after one engaging visual trick involving a single-sided lake at the bottom of a cavern, one that’s reactivated by their presence. It’s controlled by Zordon (Bryan Cranston), a fallen onetime Red Ranger, who left the Ranger powers to be found by the worthy. But in order to restore the ship and Zordon to power, they have to learn how to Work Together in time to summon their Ranger armor, learn basic combat, and save Angel Grove and the rest of the world from the returning Rita Repulsa (Elizabeth Banks), who has designs on the Zeo Crystal, an all-powerful life force hidden in Angel Grove that could help her eradicate all life on Earth.

Power Rangers is less entertaining when it concerns itself with tedious origin-story obligations than when it allows its cast to cut loose. Though Rita’s scenes barely connect to the rest of the film until its climax, Banks devours every ham in the tri-state area as the villainess, bellowing her lines while stealing enough gold to sustain herself (and her monstrous creation Goldar) with bug-eyed glee. Likewise, while Cranston is almost exclusively represented through what appears to be a giant pin art wall, the actor does what he can to lend some gravitas to the leaden core plot about teamwork and forgiveness and heroic destiny. The letdown of the bunch is Zordon’s trusted sidekick Alpha 5 (Bill Hader), who gets little more to do than volley counterpoints to Zordon and drop one-liners over the Rangers’ banter throughout. Also, as animated here, Alpha 5 is mildly terrifying.

The film’s action is every bit as chaotic as the source material’s, but it’s here that Power Rangers struggles most. Israelite’s photography is generally slavish to the Zack Snyder School of Gunmetal Blues throughout, and the film struggles accordingly with the same murky, shadow-drenched imagery that’s beset so many action movies of late. (There’s a battle with the 2017 version of the Putties that collapses into a morass of blurry CGI before long.) Likewise, its chaotic third act sees the Rangers finally emerge in full regalia, the suits and Zords reinvented as sleek masses of color-matched armor, only to battle against the greatest scourge of all: mediocre action filmmaking. Property is smashed by giant creatures, modern Hollywood continues its ongoing fixation with evil land mining, and the film’s repeated winks at a key plot point being located underneath a Krispy Kreme scarcely makes up for the craven product placement. After establishing an engaging tone early on, Power Rangers descends into familiarity after a while, and it’s a mild (if expected) letdown.

But facets of Power Rangers still work all the same. There’s charm in how the unlikely heroes aren’t particularly good at being heroes for the vast majority of the film’s runtime, and how much struggle is required for them to stumble their way into the intergalactic military. The film introduces queer and autistic Rangers without lampshading either revelation too heavily, or defining the characters solely by those traits, and these decisions add little notes to the film without making too much of a fuss about them. And the training sequences, as the kids struggle to focus their new powers, capture the kicky joy of the original series without all the cornball posturing. The callbacks to the series are mercifully few, and unintrusive, allowing enough in the way of fan service without drowning the film in it.

Here is a version of Power Rangers that might not embarrass its young fans when they get older and return to it. (It’s a sight better than the abysmal 1995 adaptation, at the very least.) It’s gritty enough to fit with its contemporaries, sometimes shockingly grave in its mortal consequences, but knows when to scale back on the gravitas before reaching the point of self-parody. It’s campy enough without going the full Batman & Robin. It’s the kind of movie that will be received warmly by those who appreciate the image of a giant robot throwing a giant, winged golden monster into a German suplex. In so many words, it’s a Power Rangers movie done about as well as one probably can be.

It’s also made to sell a bunch of toys, but then that’s how it’s always worked.