Lasagna Cat, aka the Greatest Web Series of All Time, is back and wants to know your sexual history

Nine years later, Fatal Farm's warped spin on Garfield has returned to save the world 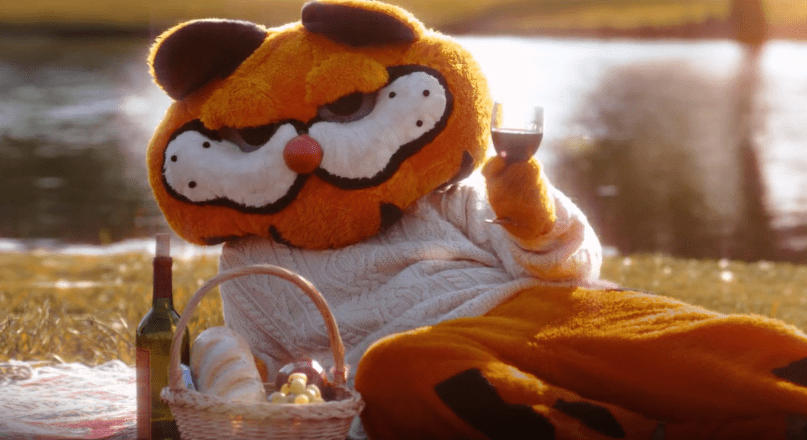 The world is a twisted place. At a time when President Dickhead, aka Donald J. Trump, and his spineless pack of Republicans turn Capitol Hill into Capitol Hell, and his followers twist America into anything but great, those with any sense of sanity left in their noggin needs something that they can get behind, a symbol — something good, something pure, something innocent. Now, this writer doesn’t believe in god, and he’s too cynical to think there’s a higher power watching from above, but he starts to question all that during moments like this, moments like the return of Lasagna Cat.

Now, maybe you don’t know what Lasagna Cat is, and if so, that’s a goddamn shame. But that’s okay, because it’s a simple fix, and all you need is a little context and an empty room where you can laugh like a meth’d out hyena. Sound good? Cool. Here’s the gist: Nine years ago, video wunderkinds Fatal Farm turned Jim Davis’ iconic comic strip Garfield into The Greatest Web Series of All Time by reenacting a handful of carefully selected strips with Kubrickian precision to which they then molded into the whackiest music videos MTV never aired. It was gloriously stupid. Then it was gone.

This week, however, Fatal Farm has been hinting at a return. It started on Monday with two tongue-in-cheek teaser trailers that prompted a mysterious Lasagna Cat-related clip titled “Telephone Sex Survey” for Thursday, February 9th…

Well, Fatal Farm delivered today and the “Telephone Sex Survey” arrived as promised. What is it exactly? Well, for one, it’s actually a telephone sex survey — there’s a 1-800 number to dial, which asks for your name and your number of sexual partners — but it’s also a trailer-of-sorts for what appears to be a full-on comeback of the beloved and strange Internet series. They’ve even teased a roster of artists and titles they’ll be parodying, specifically Lady Gaga, 50 Cent, Fergie, Deep Blue Something, Kenny G, Prince, Philip Glass, Kraftwerk, Scott Joplin, Prodigy, Phil Collins, and video game Mother 3.

So, it looks like Lasagna Cat is back to save Mondays, and with 11 episodes if that lineup is for real. Of course, this all depends on whether or not you’re willing to divulge your sexual history to Fatal Farm. C’mon, it’s just your name and a number. Is it really that big of a deal for something that will be?

In the meantime, here are a few classics for the n00bs and veterans.