16-song set opened with "Black Sabbath" and concluded with "Paranoid" 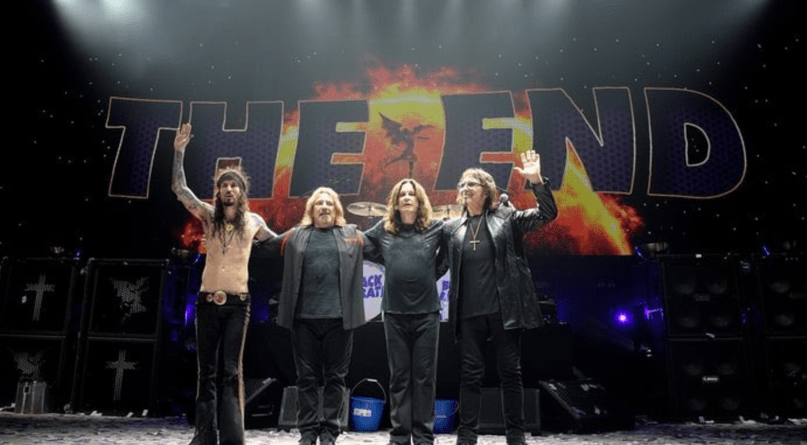 On Saturday night, Black Sabbath wrapped up their farewell tour in the city where it all began. Ozzy Osbourne, Geezer Butler, and Tommy Iommi returned to their hometown of Birmingham, England for their final concert before calling it for quits for good.

Appropriately, the legendary heavy metal outfit began their 16-song set with “Black Sabbath”, the titular track to their 1970 debut. This was followed by a selection of songs from seminal albums including Paranoid, Master of Reality, and Vol 4. For their encore performance of “Paranoid”, Black Sabbath showered the crowd in confetti.

Watch fan-shot footage from the concert below.