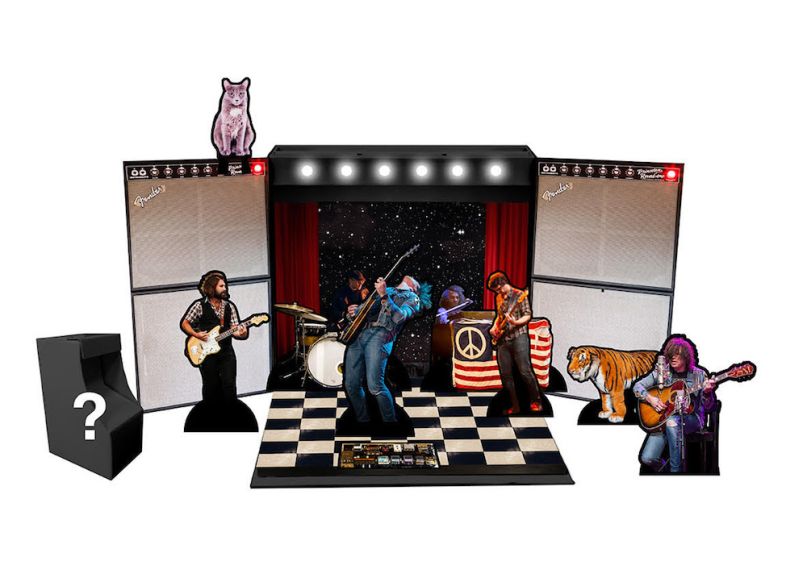 Just in time for the Trump-induced crumbling of American democracy, Ryan Adams has today announced PRISONER: END OF THE WORLD, a new, limited edition box set of his upcoming album.

The collection features 12 7-inch records — one for each of the 12 songs on Prisoner — pressed in different color vinyl and accompanied by unique artwork. In addition to the album’s original material, there are 17 previously unreleased B-sides included.

However, what makes END OF THE WORLD perhaps his most elaborate box set ever is its collection of 2-D goodies (seen above). There are action figures in the shape of Adams and his bandmates, arcade games, cats and tigers, and even a miniature stage setup complete with working lights and sounds. Yes, you can throw your very own “Ryan Adams concert” in the comfort of your bedroom.

What’s more, according to a press release, 12 special orders will include “one of a dozen one-of-a-kind solo acoustic 7-inch singles of a Prisoner track, as recorded on Electric Lady Studios’ very own vintage Voice-O-Graph.”

The regular version of Prisoner is set to drop on February 17th via Pax Am/Blue Note/Capitol, while the physical box set is due to begin shipping mid-March. Pre-orders have already begun here.

Below, check out more pics of the box set.