Donald Trump, for some inexplicable reason, asked Moby to perform at his inauguration ball 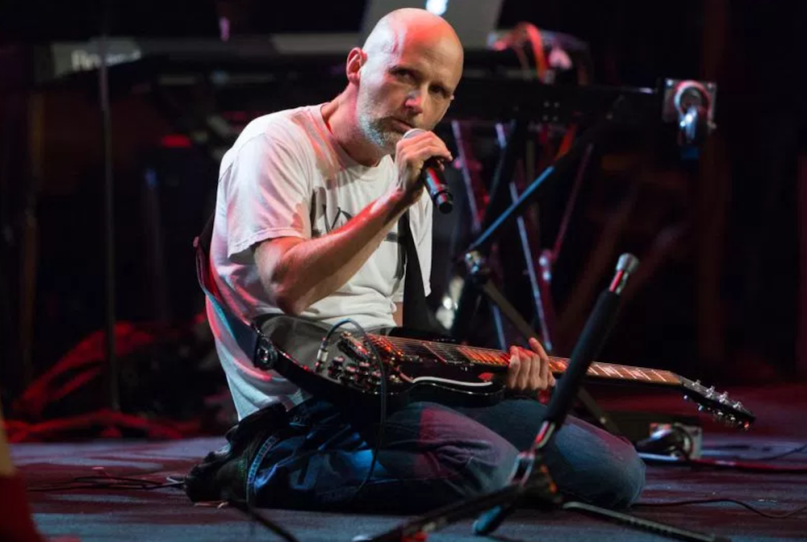 Add Moby to the growing list of musicians who have politely turned down offers to perform at Donald Trump’s sad excuse for an inauguration.

The DJ/singer was recently approached by one of the ceremony’s booking agents, according to a post on Moby’s Instagram earlier today. Maybe Trump’s a big fan of “Porcelain”? More likely, he meant to invite Toby Keith, but his stubby fingers got in the way. Either way, Moby was actually invited to DJ an inauguration ball.

“Hahahahaha, wait, Hahahaha, really?” he wrote in disbelief below an image of the nation’s Capitol Building. He then went on to say that he would reconsider the invitation if the president-elect released his tax returns. Which essentially means, yeah, Moby won’t be spinning any records on behalf of The Donald on January 20th.

Billboard reached out to Moby asking what records he *would* play had he booked the inauguration gig and the musician happily provided his mix. The 27-song collection consists entirely of protest songs from the last few decades, such as Public Enemy’s “Fight the Power”, Rage Against the Machine’s “Killing in the Name”, Green Day’s “American Idiot”, Sex Pistols’ “Anarchy in the UK”, Kendrick Lamar’s “Alright”, and Marvin Gaye’s “What’s Going On”. For what it’s worth, I actually would’ve loved to have seen him pull this off in front of Trump and all the Republicans.

Moby, a self-identified libertarian who is vegan and a staunch supporter of animal rights, has long been anti-Trump. Shortly after Election Day, he penned a lengthy open letter asking, “America, what the fuck is wrong with you?”

Previous Story
Following their failed 2014 iTunes stunt, U2 joke about how they plan to release their next album
Next Story
The Flaming Lips’ Wayne Coyne Breaks Down His Entire Discography
Popular
More Stories
[fu-upload-form form_layout="media" title="Submit Your Photo"][input type="hidden" name="ugc" value="1"][/fu-upload-form]