Who Won? Ranking the Comic Book Movies of 2016 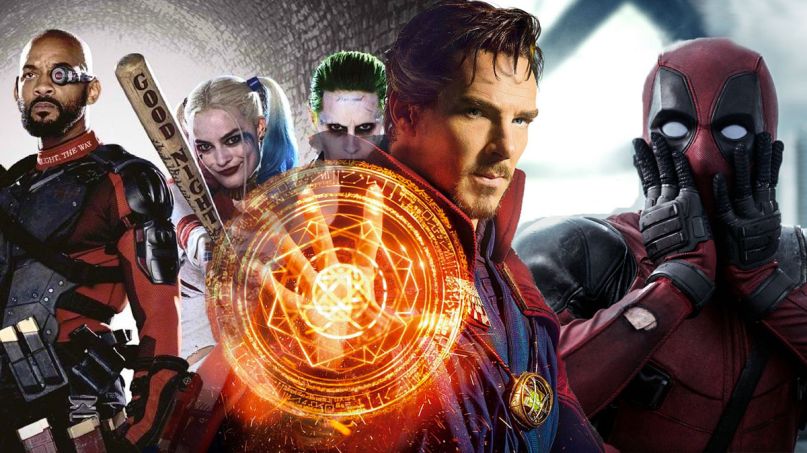 Comics to Screen is a recurring feature in which Ben Kaye analyzes the constantly evolving leap from comic books to screens of all sizes. This time, he looks back at a year of comic book movies filled with as much hype as heroics.

Back in January, I looked ahead at this year’s crop of comic movies with my typically geeky anticipation. There was so much to look forward to, from the great Dark Knight versus Man of Steel duel to the welcoming of Spider-Man into the Marvel Cinematic Universe. 2016 was looking pretty bright back in January … but then 2016 actually happened.

I saw Doctor Strange on the evening after the Presidential Election. While the best cinema works as a mirror of reality, it’s also an escapist’s retreat, and surely the magic of Marvel would serve as an entertaining distraction. At times, it was hard not to shift uncomfortably as themes of fear and humanity were discussed with often too-pertinent dialogue. But it was far easier to let the wonders on the screen persevere against any negative emotions welling inside, and I left reminded why superhero movies are so important to fans like me.

These types of films are by definition based on the notion that good will triumph and that the best parts of the world will fight their way through the worst. They entertain, they impress, and they make millions of dollars, sure, but they also serve to feed that portion of the human spirit that wants to see wrongs righted and brightness wash out the dark.

When we debate the quality of these movies, things can get heated; I already know the crap I’m going to receive for my appearing to favor one cinematic universe over the other, though I swear I objectively just calls shit like I sees shit. What it comes down to, though, is that we’re debating over something that can only bring us joy or fail to, which when you think about it, are far more pleasurable stakes than the madness of the real world. In times when things seem the most hopeless and tense, it does us well to witness a bit of heroics.
__________________________________________________________