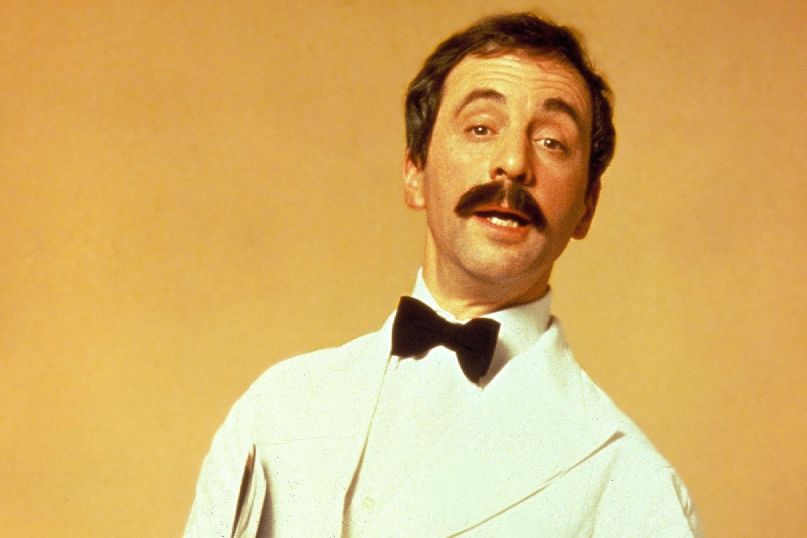 Andrew Sachs, the actor best-known for his role as the Spanish waiter Manuel on the 1970s British TV Series Fawlty Towers, died on November 23rd. The Daily Mail confirmed the news via his wife, Melody, who revealed that he was diagnosed with dementia and died in private care after a four-year battle with the disease.

Fans of British television will undoubtedly mourn the passing of Sachs, who acted opposite John Cleese on the BBC sitcom and quickly became one of the show’s most beloved characters. Known for his limited English vocabulary and constant befuddlement, Manuel remains an iconic and oft-quoted character in British popular culture.

Following his appearance on Fawlty Towers, Sachs continued to have success with roles in Doctor Who, the British soap opera Coronation Street, and the 2012 film Quartet. In his later years, he became the subject of national sympathy when he fell prey to a series of obscene phone calls made by comedian Russell Brand and presenter Jonathan Ross. The scandal ultimately resulted in Brand resigning from the BBC.

Upon hearing the news of his death, several of Sachs’ friends and fellow actors posted tributes on social media.

Just heard about Andy Sachs. Very sad….
I knew he was having problems with his memory as his wife Melody told me a couple of years ago…

…and I heard very recently that he had been admitted to Denham Hall,but I had no idea that his life was in danger. A very sweet gentle…

…and kind man and a truly great farceur.I first saw him in Habeas Corpus on stage in 1973.I could not have found a better Manuel. Inspired

If media folk need more, I wrote the foreword to his book a couple of years ago,which apparently 'moved him to tears'
Going onstage now…

I had the pleasure of working with #AndrewSachs in 'Attachments'. A beautiful soul who never tired of all my 'Fawlty Towers' questions.

Very sad to hear about #AndrewSachs – a true comedy legend & great actor.
Thinking of you @johnrsachs & all the family. RIP. pic.twitter.com/xAywK9Pmt5

So sad that Andrew Sachs has died. A true friend and a kindred spirit. I still have the wonderful baby pictures he took of my children. RIP.

Revisit some highlights from Fawlty Towers below.