Repaying a family that saved the singer's life 15 years ago, the band helps pay a man's medical bills 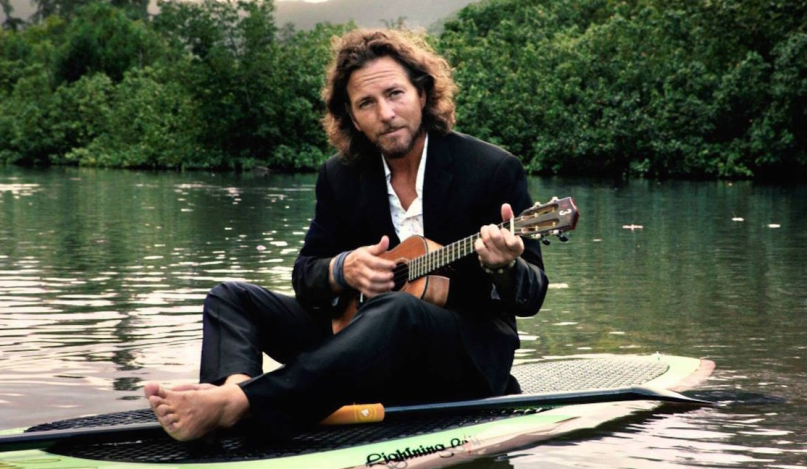 Maybe it’s the weather, but Seattle seems to breed some exceptionally charitable people, none more so than the gents of Pearl Jam. Earlier this week we learned that Eddie Vedder sent a $10,000 check to a struggling mother so she could buy Christmas presents for her family of six. Now, a story of another act of charity by the Hall of Famers has come to light, and it’s even more amazing than the last.

The tale actually starts 15 years ago, when Vedder was in a boating accident in Hawaii. Strong winds overturned his six-person sailing canoe in the Pailolo Channel, snapping the mast in the process. Though the vessel was eventually righted, only three of the crew managed to get back on board before winds shot the boat down the channel. Vedder and two women were left treading water with all the paddles, their friends unable to return to them and their situation dire.

Luckily, Ashley Baxter and her father Keith were boating nearby. Two hours after the capsizing, the teenage girl heard the three stranded people’s cries. She and her father were able to find Vedder and his companions, pull them aboard, chase after the runaway canoe, and rescue the whole lot of them.

(Read: Ranking: Every Pearl Jam Album from Worst to Best)

Fast forward to today, and Keith was in a boating accident of his own. A rusty anchor nearly cut off his leg at the calf, and though it didn’t remove the limb entirely, it left him with a nasty bone infection that so far has not been cured. By chance, Ashley bumped into one of the women she rescued that fateful day over a decade ago, Kacky Ovrom Chamberlain, and recounted her father’s troubles. Chamberlain helped set up a GoFundMe page that raised $70,000 for Baxter’s medical treatments.

But it didn’t stop there. Chamberlain also reached out to Vedder, and the members of Pearl Jam matched the fundraising with their own $70,000 donation, bringing the grand total to $140,000. “Yes, it’s all true,” Baxter’s wife, Karen, told The Inertia via email. “Pearl Jam (Eddie, Stone, Jeff, Mike, and Matt) matched what was originally raised ($70K) through Gofundme.com.”

Vedder was actually inspired by that harrowing Hawaiian ordeal to write the Lightning Bolt track “Future Days”, but there’s no greater tribute to his rescuers than what he was able to provide them in their own time of need. Watch a video of Ashley Baxter telling the whole incredible, circular story below.

The GoFundMe page for Keith’s medical expenses (he may still lose his leg) is still live, and you can contribute here.