Justin Kurzel's film is a lot like the games it's based on: it succeeds in action, not story 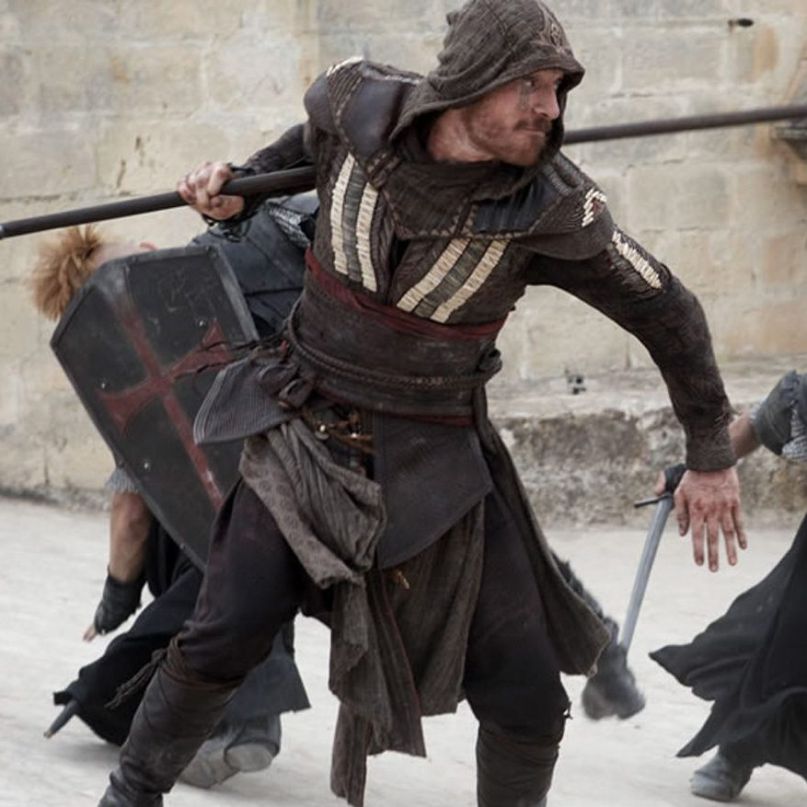 Like most successful video game franchises, Assassin’s Creed is goddamned loony. Sure, it doesn’t feature any mushroom-stomping Italian plumbers, but there are two secret societies, an evil mega-corporation, a series of Biblical artifacts, and a machine called the Animus that allows you to access “ancestral memories.” Director Justin Kurzel doesn’t try to cram all of the game’s gobbledygook into this film adaptation (thank goodness), but he does smash enough of it into his 100-minute movie that it almost, almost derails the entire endeavor. What saves this head-scratching, relentlessly portentous movie is what also saves the games: the action is on point.

Michael Fassbender (also a producer) stars as Callum Lynch, a convicted murderer on death row; it’s okay, though, because he only killed a pimp. After he’s “executed,” Callum awakens inside a massive facility where a group of scientists led by Dr. Sofia Rikken (Marion Cotillard) use Callum to help achieve their ambitious goals, which involve minimizing violence and aggression. To do this, they need an ancient artifact: the Apple of Eden. To find the Apple of Eden, Callum must channel his ancestors via the Animus, which sends him mentally back in time to have lots and lots of knife fights. Meanwhile, Callum locks horns with a fellow “patient,” Moussa (Michael Kenneth Williams), and is glowered upon by the corporation’s ominous leader (Jeremy Irons).

Oh, and all of this is tied into an age-old beef between the Assassins and the Knights Templar, the latter of which hopes to control the world by eliminating free will (that’s where the Apple of Eden comes in). It’s mythology best told over 15 hours of gameplay, rather than the trim runtime of a movie, and frankly, it all tends to ooze out of the ears the moment Callum starts laying waste to any number of ancient and modern guards. Kurzel’s action is frenetic, sometimes distractingly so, but it’s choreographed to perfection. Fights unfold in dark dungeons, fluorescent labs, and perhaps most thrillingly, across a series of horse-drawn chariots.

What’s most exciting, however, is how well Kurzel is able to incorporate the series’ signature gameplay into the action routines. Breathtaking jumps and climbs are executed in the same uncanny manner as they are in the games, and the fighting styles have the same crisp, breakneck feel. Furthermore, Kurzel further honors the games (and maintains a PG-13 rating, which is ideal for a movie like this) by bypassing gore almost entirely; sure, the bodies pile up, but the game doesn’t revel in its sadism. It won’t quiet those who criticize violence in video games, but it should at least emphasize that it’s not violence gamers necessarily crave in games with big body counts. It’s the sense of conquering insurmountable odds. Nothing about any of this remotely resembles real life, and that’s a good thing.

Between these action scenes, however, the movie just becomes relentlessly morose. There’s only one genuine laugh line, and that comes when, about midway through, Callum asks himself exactly what the audience is thinking: “What the fuck is going on?” A comic relief character (or even a reliably comic actor) could’ve done wonders here. Instead, we have a cast that any drama would kill for: Fassbender, Cotillard, Irons, Williams, Brendan Gleeson, Essie Davis, and Charlotte Rampling, for Christ’s sake. It’s a shame that barely any of them are given much to do besides emote and glower.

But Assassin’s Creed stands heads above Hollywood’s disreputable line of video game adaptations, and that’s because it seems to have a real reverence for the material. Unlike Super Mario Brothers, Resident Evil, and other game adaptations that have sought to pivot off the mythology rather than the gameplay, Assassin’s Creed actually finds a way to incorporate the sensation of gaming itself. We still haven’t discovered the best way to translate games from the console to the screen, but Assassin’s Creed shows that we’re at least getting closer.