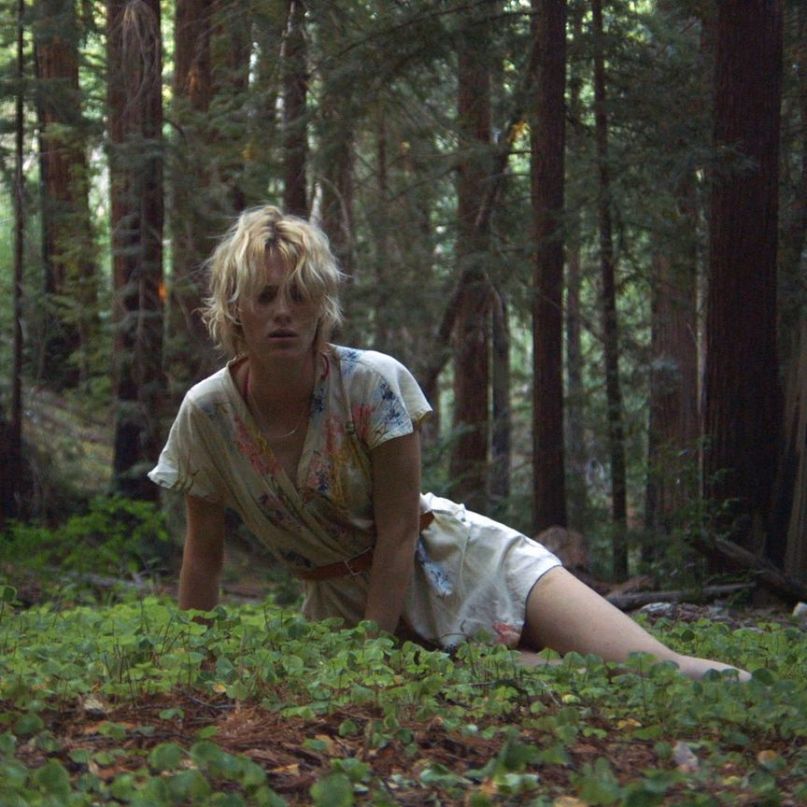 It’s hard to be a young woman in Hollywood. There are the humiliating auditions for objectifying horror movie roles, the need to assert that you’ll go nude to even get your foot in the door. All the while, people your age or older are calling you “sweetheart” after every sentence. It’s a special kind of hell, and Sophia Takal’s chilling second feature Always Shine throws you headlong into that situation from the first shot.

In the opening minutes, we’re introduced to two struggling actresses: Beth (Caitlin FitzGerald), a shy wallflower type, is landing auditions for leading roles in B-level horror flicks. Meanwhile, her confrontational, assertive friend Anna (Mackenzie Davis) spews Oscar-tier fire and brimstone at what turns out to be an up-charging auto mechanic, in one of the film’s more fascinating reversals. They’re friends, or frenemies at least; when they decide to crash for a weekend at Anna’s aunt’s isolated summer home in Big Sur, the resentments and bitterness tearing at their friendship begin to bubble to the surface.

Davis and FitzGerald are both fantastic, and work off each other well, but Always Shine quickly becomes a showcase for Davis’ mesmerizing talents. As Anna, Davis emits a seething, steely-eyed professional jealousy; she knows she’s a better actress, and resents that Beth gets more roles because she’s demure and open to nudity. “You ever feel like a whore?” Anna offers to Beth, a question asked innocently enough on the surface but brimming with delicious bile. She absolutely wants the meager success Beth has achieved, but her outspokenness and unwillingness to be “ladylike” puts that just out of reach.

For its first two acts, Lawrence Michael Levine’s screenplay is a beautifully rendered portrait of the uniquely competitive interactions between frenemies, evoking recent frenemy thrillers like last year’s Queen of Earth. Sakal has an incredible command of tension, mining every slipped word or stolen glance for stomach-churning pathos. Some of her broader directorial flourishes feel a bit forced (the sudden spurts of random images and loud noises to disorient the audience at vital moments), but Sakal’s controlled, Hitchcockian staging works wonders. The use of warped, lowered, and reversed dialogue over their initial road trip to the house keeps the film beautifully off-center, and one particularly pan-heavy, pacing phone call will keep you gripping your armrest for minutes at a time.

What’s most gratifying in Always Shine is Levine and Sakal’s ability to satisfyingly weave criticisms of the way Hollywood treats women into this tale of deteriorating female friendship. In one stunning scene, Beth is egged on by Anna (bizarrely doing kegels out on the porch) to read the hokey opening scene of her latest horror film, in which Beth is asked to be “sassy.” Unsatisfied with Beth’s delivery, Anna asks to switch roles, and macabrely transforms the stilted dialogue into a masterful condemnation of Beth as a person. The two each have their own ways of making the male-centric Hollywood machine work for them, tools which they eventually bring to bear against each other.

However, it’s in the third act that the film threatens to lose the audience, taking an intriguing but disappointing turn toward the metafictional. Without revealing too much, the film starts to fold in on itself in a Persona-like manner, complete with shifting identities, repeated scenes, and even abstracted glimpses of the film’s own clapboards. At first glance, it’s a daring experiment to abstract the film in this way, but it ends up cutting the already intriguing dynamic between Davis and FitzGerald off at the knees a little soon.

Always Shine is a fantastic thriller for two-thirds of its runtime, ending with a ballsy third act as admirable in its ambition as it is narratively frustrating. Sakal and Levine’s searing critique of Hollywood sexism and the socialized competition of female friendship is gripping for every scene that FitzGerald and Davis share. Even as the film takes a sharp left into Bergman territory by the end, it still fascinates. If nothing else, it offers a beautifully rendered performance from Davis that shouldn’t be missed.