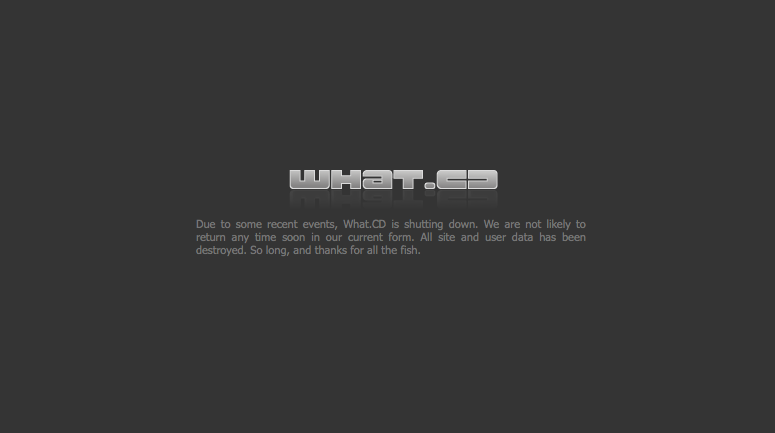 The invite-only torrent site What.CD has been forced to shut down for good, leaving music fans with one less place to download tunes illegally online.

As Exclaim! points out, the site’s homepage currently has a statement that makes it pretty clear the jig is up. We are not likely to return any time soon in our current form,” it reads. “All site and user data has been destroyed. So long, and thanks for all the fish.”

What.CD ranked among the more popular torrenting sites, hosting a diverse array of rare and hard-to-find music. Though not all of the activity on the site was illegal, it was known as a hub for online piracy. The homepage message vaguely cites “recent events” as What.CD’s reason for shutting down, but French magazine Zataz reports that 12 of the site’s servers were seized by authorities in the north of France. The site’s founder is believed to reside in the United Kingdom and seems to have eluded arrest thus far; look out for more details as they come in.