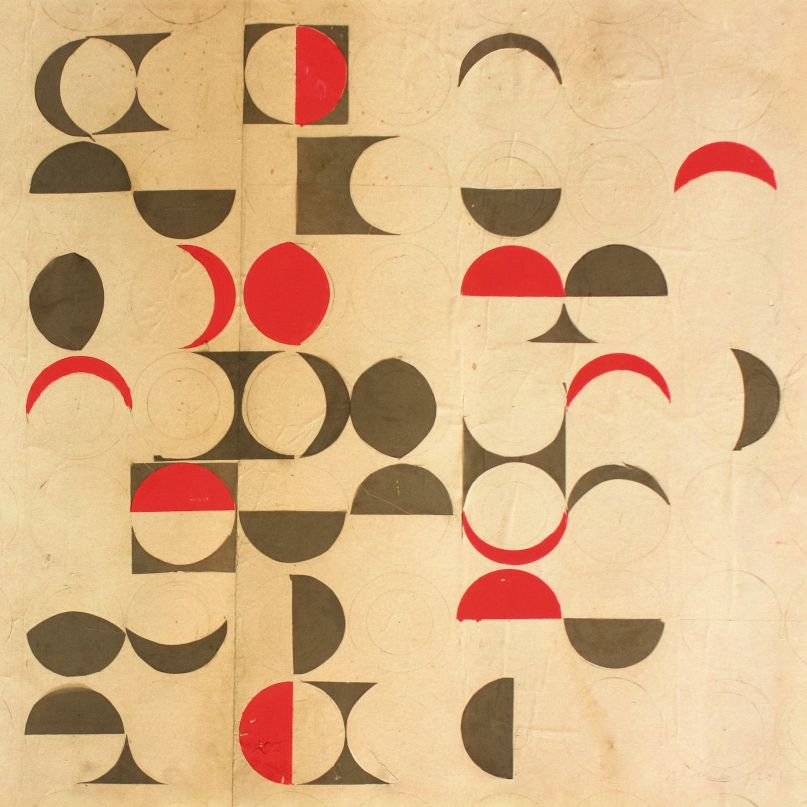 The lovelorn ’70s singer-songwriter archetype hangs well on Alex Izenberg. Achieving that pre-familiarity comes a little easier when Linda Perry buys you your first guitar and your band goes on tour with Roger Daltrey before you’re halfway through your twenties. But though his songs carry deep echoes of Harry Nilsson and Elton John AM radio and the timeless tropes of falling for an unavailable woman and the like, he’s a Millennial at heart. Multiple songs on his debut solo album, Harlequin, tie back to an engaged woman Izenberg fell for. “We follow each other on Instagram, but she never likes any of my posts,” he offered in our recent interview. “She hasn’t liked one.”

As timeless as one’s storytelling styles may be, there’s no escaping the time you’re actually writing from. As such, Harlequin carries as many shades of modern indie pop as it does ’70s baroque singer-songwriter stuff. For every Van Dyke Parks orchestral flourish, Izenberg and collaborator Ari Balouzian infuse a bit of atmospheric collage. The video to his single “To Move On” is a pretty clear Warhol homage, and there it is, streaming straight to your cell phone on YouTube.

Speaking of “To Move On”, the horn-stabbed, falsetto-heavy classic pop gem is eminently replay-able, the walking bass line and choppy piano waves set to a pace that resonates with some internal pop ideal. Like Daniel Rossen on his Department of Eagles project, Izenberg uses his at-times-nasal tones to capture the golden past. It’s easy to imagine that he wrote these songs at a typewriter, replacing piano keys for the clacking of his words, much wiser and expertly love-weary than you might expect from a 25-year-old. Izenberg strikes masterful notes of regret, shrug, and sigh.

Harlequin is the product of five years of writing, refining, and arranging, and yet the record runs on a sleepy, easy vibe — at once one of its greatest strengths and potential stumbling blocks. Lyrically, Izenberg knows how to create atmosphere, often through what he doesn’t say. “The shower runs cold … and I think of her,” he sings on “Grace”, the massive pause between the two halves of the line as important as the line as a whole. “Darkness had taken over me/ Once I’d seen her engagement ring,” he repeats on the chorus. It’s a nice turn of phrase, and despite the song’s five-minute length doesn’t outstay its welcome.

Other tracks, though, don’t fare quite as well. Inventive arrangements like the dramatic strings, hammering timpani, and twinkling synths of “Libra”, for instance, beg for more power than the airy falsetto Izenberg delivers. “The moon means nothing when you’re not around,” he repeats on “The Moon”, the cliche falling a little flat over minimalist guitar accompaniment, despite some nice harmonies.

Izenberg pushes his delivery into some slinky Devendra Banhart territory on “Hot Is the Fire” (with fascinating orchestral twists and punchy studio work), an interesting change of pace from the otherwise consistent tone. “It’s getting real hard to talk now,” he sings on “Changes”, competing layers of his vocals harmonizing and overlapping, a powerful commentary on his occasionally too terse lyrics and the personal struggles that may well be their driver.

A good deal of Harlequin passes in a blur — though if nothing else, you’ll undoubtedly remember “To Move On” and “Grace”. The two songs have been lodged in my brain for weeks. Much like Tobias Jesso Jr., Matthew E. White, and Jessica Pratt in recent years, Izenberg has discovered a way to make classic, quirky pop touchstones into something completely his own. His spatial, laconic lyrics leave something to be desired, but at just 25 and fresh off of the disappointment of someone else’s unavailability, it’s unsurprising that he himself isn’t all that available to listeners. The songwriter has all the tools that suggest he’ll be around for a while, so we may just get to know more of who Alex Izenberg really is on his sophomore record.

Essential Tracks: “To Move On”, “Grace”, and “Changes”