"If you can possibly get your hands on any of these, I guarantee you evenings of listening pleasure" 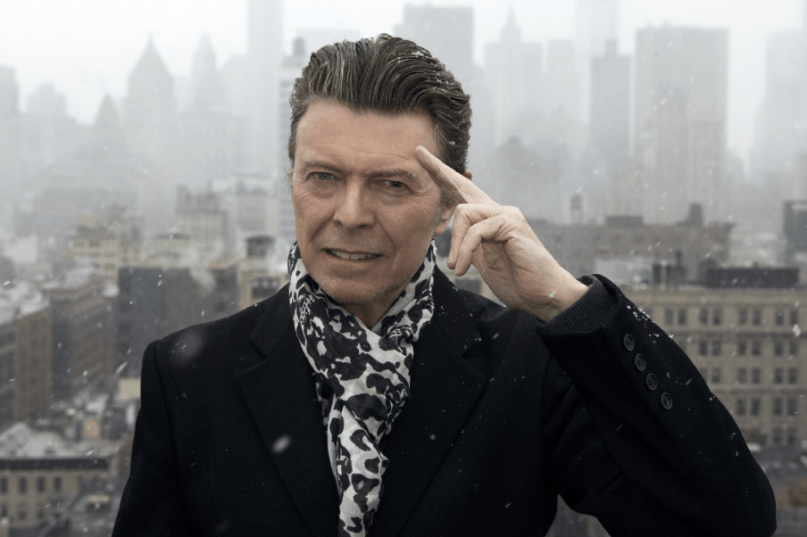 Digging through a friend’s record collection can be an interesting way to get to know their tastes and personality. Looking through an artist genius’ vinyl stacks, however, can be downright enlightening. As Open Culture recently uncovered, David Bowie rummaged through his impressive collection of 2,500 LPs back in 2003 to pick out 25 records he said “could change your reputation.”

The list of favorites ranges from spoken word (The Last Poets’ 1970 self-titled album) to classical (Gundula Janowitz’s performance of Strauss’ Four Last Songs) to good ol’ underground rock (The Velvet Underground’s The Velvet Underground & Nico). There’s everything from lesser-known psychedelic folk (The Incredible String Band’s The 5000 Spirits of the Layers of the Onion) to theatrical cast recordings (Jacques Brel is Alive and Well and Living in Paris), each given with Bowie’s explanation of his attraction to the album and how he came to possess it.

Though many of the records are hard to track down even on CD — let alone vinyl — Open Culture went ahead and put together a Spotify playlist featuring as many of them as possible. You can listen to that below, followed by the complete list of Bowie’s favorite vinyl LPs.

To read Bowie’s descriptions of the albums, head to Vinyl of the Day. You might also want to revisit a list of the late musician’s favorite books, which was compiled for the “David Bowie Is” traveling art exhibit a few years back.

“There is really no way to do a list of my favorite albums with any rationality. I do only have about 2,500 vinyls. There is a possibility there. I’ll look through the albums and pull together a list of those I have re-bought or am in the process of re-buying on CD. I have little time, and there are just too many to sort through. So, I’ll keep pulling stuff out blindly, and if it’s too obvious (Sgt. Pepper, Nirvana) I’ll put it back again till I find something more interesting. A lot of the rock stuff I have is the same as everyone else’s, and I have so many blues and R&B albums that it would topple over into trainspotter world if I went that route.

O.K., no rules then. I’ll just make ’em up as I go along. I’d say half of this list below is now on my CD racks, but many are finding impossible to trace. The John Lee Hooker album, for instance, or The Red Flower of Tachai Blossoms Everywhere. I have done the only thing possible and burned them to CD myself, reduced the cover art down to size, and made reasonable simulacrums of the originals.

If you can possibly get your hands on any of these, I guarantee you evenings of listening pleasure, and you will encourage a new high-minded circle of friends, although one or two choices will lead some of your old pals to think you completely barmy. So, without chronology, genre, or reason, herewith, in no particular order, 25 albums that could change your reputation.”