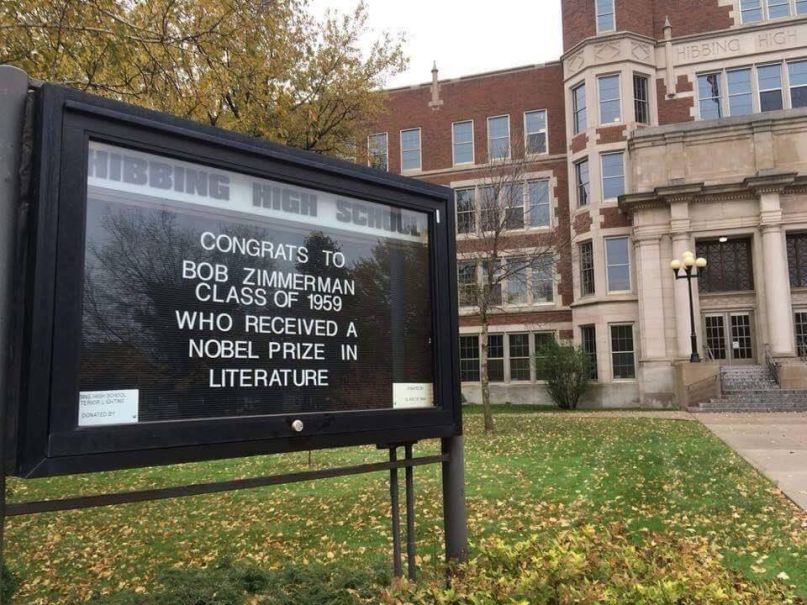 Last week, Bob Dylan was awarded the 2016 receipt of the Nobel Prize for Literature. While the musician-poet has yet to acknowledge the honor, going as far to ignore the committee’s calls and emails, his high school is quite proud of the achievement.

As the Star Tribune points out, the sign outside Hibbing High School currently reads, “Congrats to Bob Zimmerman, Class of 1959 who received a Nobel Prize in literature.” A statement posted to the band’s Facebook page added, “We at HHS are proud of all our graduates but this is a first for us!”

Dylan (then known as Bob Zimmerman) cut his musical chops while attending Hibbing High, forming bands with names like The Golden Chords and Danny & the Juniors. It was a performance with the latter band that was famously cut off by the high school’s principal for being too noisy. A decade later, when Dylan returned to town for his 10-year high school reunion, he reportedly got into a fight with some drunken ex-classmates. Now, after five decades, he’s getting the last laugh.