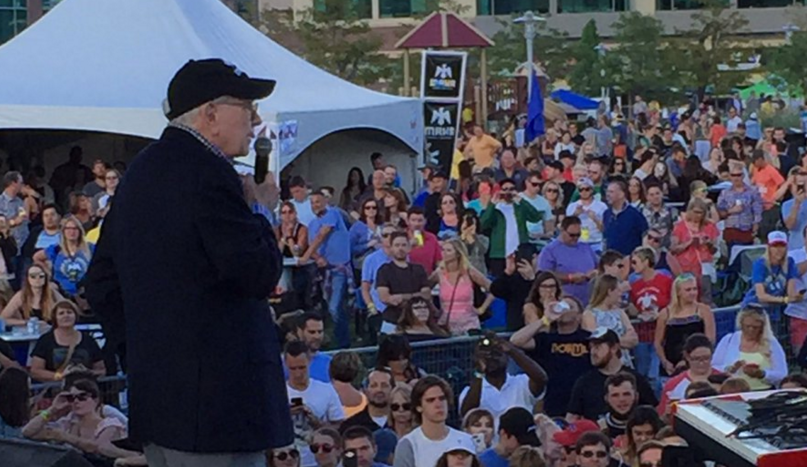 86-year-old business magnate Warren Buffett is older and has a larger net wealth than Nebraska’s population collectively, yet there he was Saturday among the hipster masses at Omaha’s Maha Music Festival.

Buffett was on site to promote Drive 2 Vote, an initiative that helps people get rides to their respective polling booths on Election Day. He spoke on stage prior to Car Seat Headrest’s set (car rides … car seat headrest, get it?), and also posed for pictures with festival attendees. Later in the day, he stood front and center for Grimes’ set, but ended up leaving early due to the lack of Geidi Primes material. (OK, so that last part was entirely made up.)

@WarrenBuffett is 86 and chose #Maha2016 to be his FIRST music festival! pic.twitter.com/ZGXc6hl4Wz

.@WarrenBuffett at @mahafestival: "Register, vote and you'll decide who's gonna be president of the United States." pic.twitter.com/d5PBxCGuvr